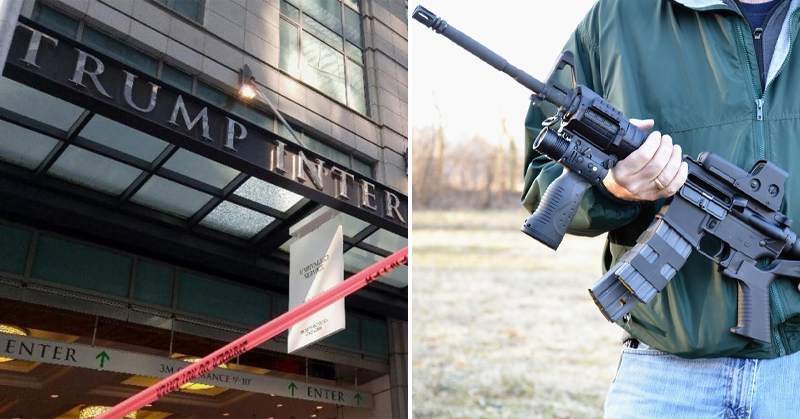 Bryan Moles, 43, of Edinboro, Pennsylvania was arrested at Trump International Hotel in Washington D.C. after police received tips he was traveling with unregistered weapons.

The arrest happened early Wednesday morning. Moles was charged with carrying a pistol without a license and possession of unregistered ammunition that was found in his car. Police also found an AR-15 assault riffle.

A law enforcement official told CNN that the individual who alerted authorities in Pennsylvania said that Moles was traveling to DC and wanted to kill the President. CNN is unable to corroborate Moles’ intentions. Another law enforcement source said the individual told police that Moles allegedly stated in cell phone messages to the tipster that he “wanted to get close to Trump” and he “wanted to be like Timothy McVeigh” — who bombed the Oklahoma City federal building in 1995, killing 168 people.

At this time, authorities cannot confirm Moles motive for traveling to Washington D.C.

Watch the videos below for more information: