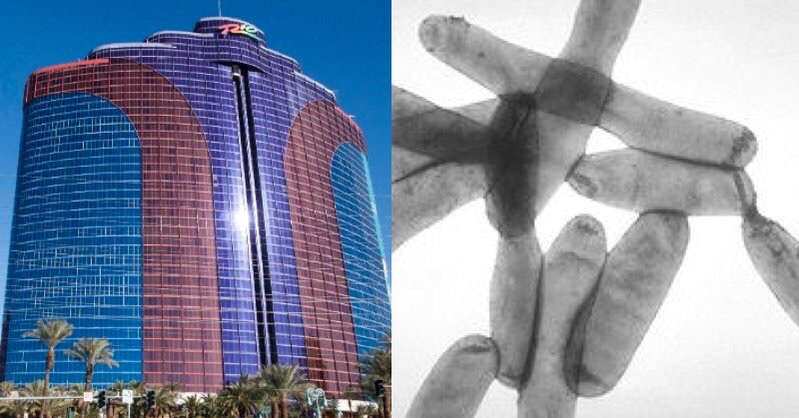 The guests who contracted the lung infection stayed at the Rio All-Suite Hotel and Casino, each at two different times, one in March and the other in April.

Following the report of the second illness in late May, officials performed a test, said Mark Bergtholdt, the district’s environmental health supervisor.

They found Legionella, the bacteria that causes the disease, in the hot-water system of one of the hotel’s towers.

The hotel is disinfecting the system with chlorine, Bergtholdt said. Guests were transferred from rooms served by that system into other rooms. And those rooms won’t be occupied until the system is thoroughly flushed.

Legionnaires’ disease is a severe form of pneumonia. It develops when people breathe small droplets of water infected with legionella bacteria.

However, for the most part, healthy people who are exposed to legionella won’t develop the sickness. But those who do usually develop fever, cough, chills or muscle aches. Symptoms typically start within two to 10 days after exposure to the bacteria.

“Guests who stayed at the Rio more than two weeks ago and have not developed symptoms are not at risk for disease,” the health district said in a statement.

After determining the Rio was the only place the two patients stayed at while in Las Vegas, health officials contacted the hotel.

“The company is working closely with the Southern Nevada Health District and taking aggressive remediation actions to ensure the safety of Rio’s water,” said Caesars Entertainment, the hotel’s parent company.

After treatment with antibiotics, most patients recover. However, about 10% die because of complications from this illness.

In 2011, a guest of the Luxor hotel in Las Vegas died after contracting Legionnaires’ disease, the health district said.

A Legionnaires’ disease outbreak at a Philadelphia hotel in 1976 killed 29 people attending an American Legion event. That incident is how the disease earned its name.

Watch the news report for more information on the disease exposure: