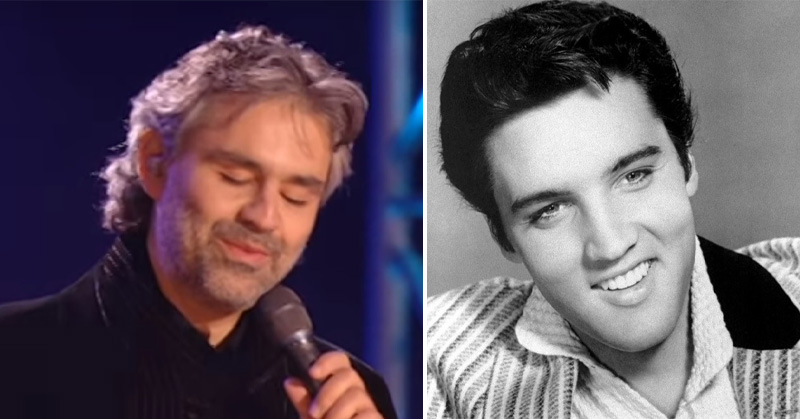 Andrea Bocelli, if you haven’t heard of him, is known globally for his beautiful opera singing. But up until a 2006 Vegas performance, he had kept his other musical interests to himself, such as the Elvis classic as seen in the video below. In the video, the permanently blind singer first engages in some playful banter with the piano player.

Then Andrea starts to sing “Can’t Help Falling In Love” by Elvis Presley.

The emotion he put into the song was evident, as was the expressions on the faces of the audience members. They were in awe, and rightly so. It’s a beautiful performance—perhaps one of the most beautiful renditions you’ll ever hear of this song.

It’s no surprise Andrea was able to nail the famous Elvis hit.

“I’ve always known that I was born to sing, ever since I was a child,” says Andrea.

From an early age, music was like a beacon to Andrea, who was born with his visual disability. He relied on and clung to it; it gave him comfort through the hardships of his life.

He officially entered the music industry in 1992. Since then, Andrea has released 15 solo albums, nine operas and has sold more than 80 million copies of his work around the world.

We think you’ll agree, Andrea’s voice is suited for more than just opera! And be sure to share with your friends!

Listen to Andrea Bocelli bring undeniable justice to Elvis’s hit “Can’t Help Falling In Love” in the video below!