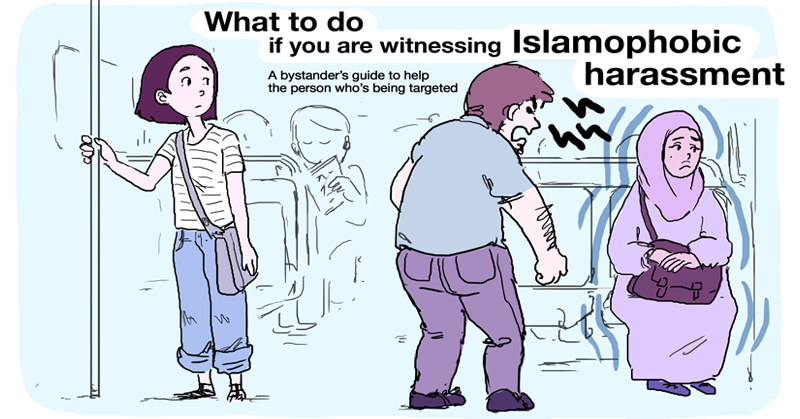 4 Simple Steps To STOP All Types Of Harassment!

We live in a day and age ruled by social media. Unfortunately, hiding behind the computer, a cell phone or another gadget often emboldens bullies. The more hate that’s spread through social media, the more powerful bullies feel to put those words into actions. With the recent uproar regarding the presidential election, it seems we’re seeing more hate and bullying than ever before.

A French artist by the name of Maeril recently created a comic and shared it with the world. It details the four most helpful steps to combat Islamaphobic bullying as a bystander. While it was created to address one specific type of bullying, it actually relates to all types of bullying. Whether it’s someone’s appearance, race, religion, political views or sexual orientation that’s being attacked, Maeril’s comic may be able to help.

The comic is based on a psychological method known as non-complimentary behavior. NCB is when we respond in an opposite way than someone expects. The podcast Invisibilia recently showed the effects of NCB by explaining the events of a dinner party in Washington D.C. When an armed robber entered the building, a man at the dinner asked the robber if he would like to sit down and have a glass of wine. The robber relaxed, put his gun away, apologized and left. While the effects of NCB may not always be this extreme, it shows that acting in a certain manner may be able to help turn negative situations around. 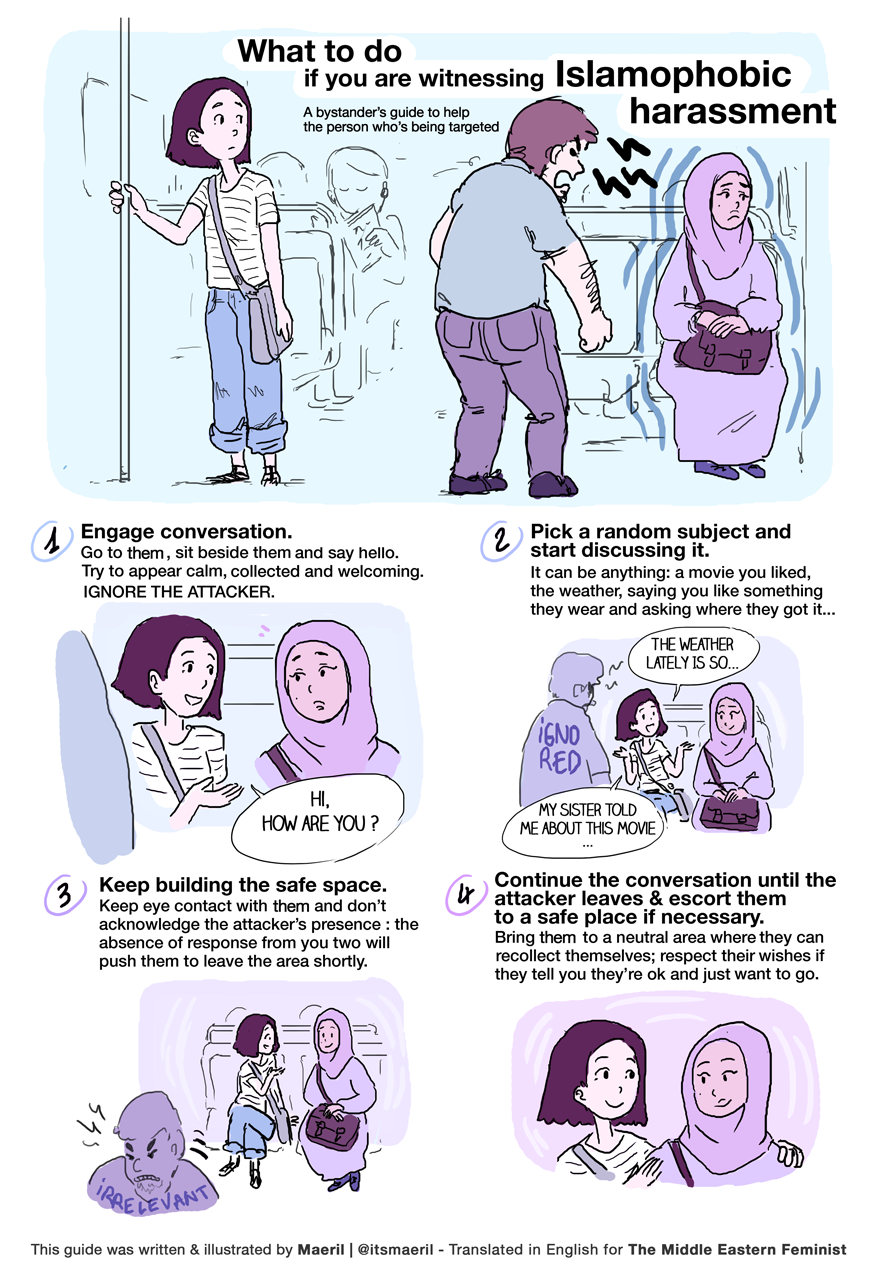 The comic encourages bystanders to get involved if they see someone being bullied, for any reason. As a bystander, you have the power to help someone in need. You have the power to spread kindness and to stop hate. Maeril suggests you sit sit beside the victim and start a conversation, while ignoring the attacker. Talk about a movie, the weather, whatever you can think of. Keep eye contact with the victim and don’t acknowledge the attacker’s presence. If he sees he or she sees they aren’t getting a response, they may leave. Don’t leave the victim until the attacker is gone. If needed, help them get to a place of safety.

If the attacker turns his or her aggression to both of you, get to a place of safety immediately. Each situation will be different, but this guide is a good starting place to help you feel empowered as a bystander. The only way to stop bullying from happening is to actively speak out against hate. Hate against LGBT, Muslims, people of a different color or race, Trump supporters, Hilary supporters… all forms of bullying are fueled by hate. If you witness an attack, be strong enough to stand up and speak out. Use Maeril’s comic on non-complimentary behavior to help.