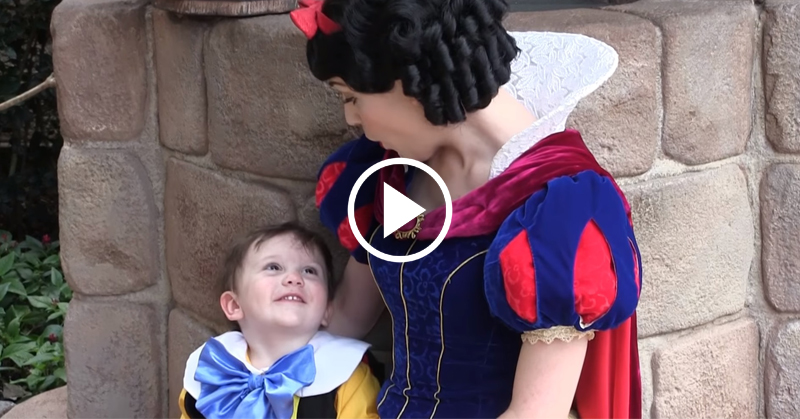 Two year old Jack Jack could not be any more adorable.

During their vacation to Disney World, Jack Jack’s family, the Coleys, wanted to capture as many wonderful memories on film as they could.

And the memory between Jack Jack and  Snow White might just be the fairest of them all.

Jack-Jack (Jackson) is shy and doesn’t normally interact with strangers. The young boy was diagnosed with nonverbal autism two weeks after the trip to Walt Disney World.

His mother, Amanda, posted about the darling interaction between her son and the Disney Princess.

Amanda writes, “This is my 2 year old – Jack Jack. He was having nothing to do with any of the characters on our Disney vacation in November. You see, he has autism and is non-verbal. He is on the shy side with people he does not know. THEN… he met Snow White. I must have cried 1000 tears watching his interaction with her. He was in love.”

Watch the endearing moment when Jack Jack falls in love with Snow White:

And what’s more, Jack Jack got to reunite with his princess a year later! How romantic!

Watch their sweet reunion below: