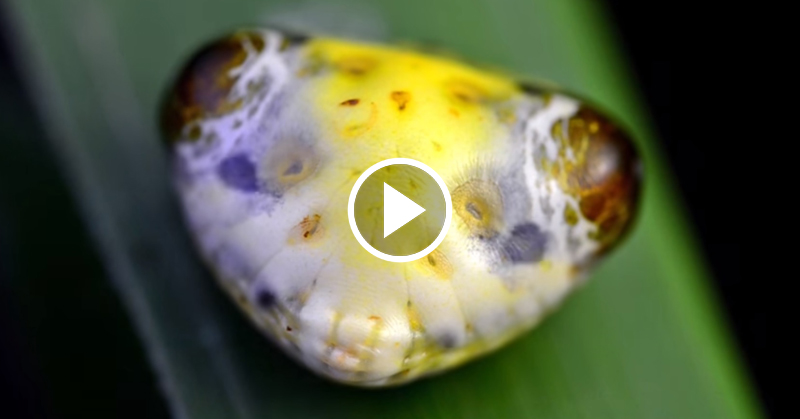 Scientists are confused about the abdomen of this spider commonly found in Singapore.

It is shaped like a spider or preying mantis head, but the weird pulsating bits are what really baffle scientists.

According to National Geographic,

Scientists don’t know how the arachnid, in the genus Cyrtarachne, produces the internal movements, let alone what purpose it might serve.

Some theories suggest it’s a defense mechanism to keep predators away. Others believe the pulsating attracts insects and other prey the spider likes to eat.

Rainer Foelix, author of the book Biology of Spiders states:

“People love to jump to conclusions what such a behavior is good for. Rather than to speculate, it would be better to study this phenomenon scientifically.”

You can check out this weird spider below: