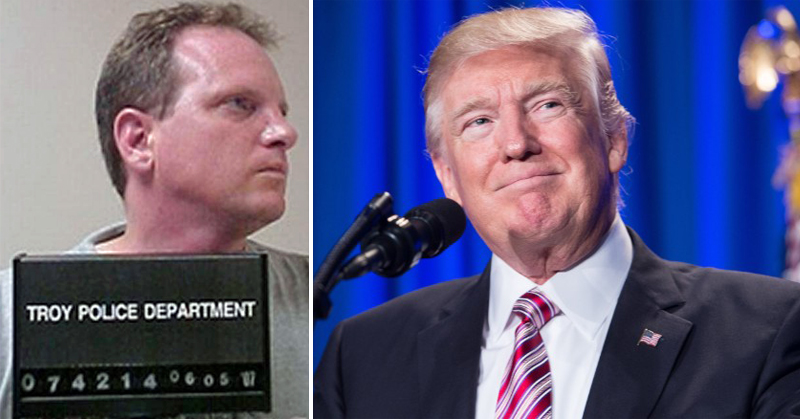 Man Arrested For Threatening To Assassinate President Trump On Facebook

Joseph Lynn Pickett, a man from Illinois, was charged on June 15th for threatening the President of the United States. Pickett had posted the threats on Facebook.

According to U.S. Secret Service Special Agent Vincent Pescitelli, Picket had threatened to “take the life of, to kidnap, and to inflict bodily harm” towards President Trump multiple times on Facebook. This is all in a report filled against Pickett that holds multiple screenshots of his threats.

Some of his posts read:

“Before I die I want our president and congress to sign a treaty to never side with Russia or any enemy of the United States of America! If one will then that person deserves to be shot. Guess what Trump? I’m waiting for the right time…and I KNOW your (sic) Putin’s (expletive)! The secret service now has a heads up as to my plan to assassinate Trump…let’s see if they act.”

“Honestly am I really going to have to kill trump before our fine Government (the jack booted thugs they are) actually takes me into custody for threatening to assassinate President Donald Trump? I mean he sold our country to The Russians. He is a Benedict Arnold but hey the (expletive) is our President even though he needs a blade in his neck. And you dumb, asses who stick up for him…who’s gonna protect you when someone like me comes t (sic) take you out.”

At the time of his arrest, Pickett had been unemployed for about six to eight months. He lost his previous job at Lowe’s after making threats to a coworker.

Pickett is being detained until his trail because he is believed to be a threat to the local community.

Pickett believes President Trump is actively working with Russia to bring down the United States.