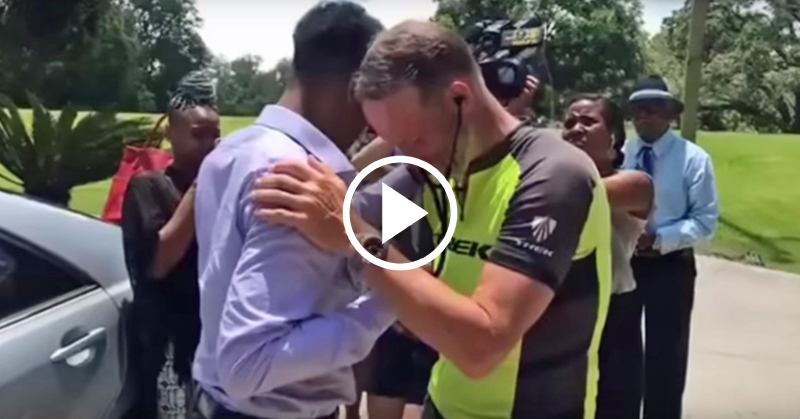 Five months after the death of his daughter, Bill felt compelled to do something to honor her life. He lost 20-year-old Abbey during a family vacation to Cancun.

“The last thing my son remembers is having a drink in the pool,” said Conner. “…Somebody got to them… This was at 5:30 in the afternoon, daylight, exclusive hotel and you just don’t think it’ll happen to you.”

While her brother survived, Abbey tragically passed away.

But the young woman, being an organ donor, saved the life of four men.

“If you had her as a friend she always had your back, and for her to be helping people in need — that fits who she is,” Conner said of his daughter.

And on Father’s Day, to honor Abbey, Bill decided to ride his bike 2,600 miles from his home in Wisconsin, to visit the hospital that recovered Abbey’s organs.

The donation center sent letters to every recipient, asking if they’d be interested in meeting the woman’s father. Only one person, the heart recipient, responded.

Previously, doctors had told Jack Jr. he had just ten days to live after suffering a heart attack. But Abbey’s heart changed his fate.

When the two met, Jack gave a stethoscope to Conner so he could hear his daughter’s heartbeat.

Watch the tearful moment when Bill Conner hears his daughter’s heartbeat in the man whose life she saved: