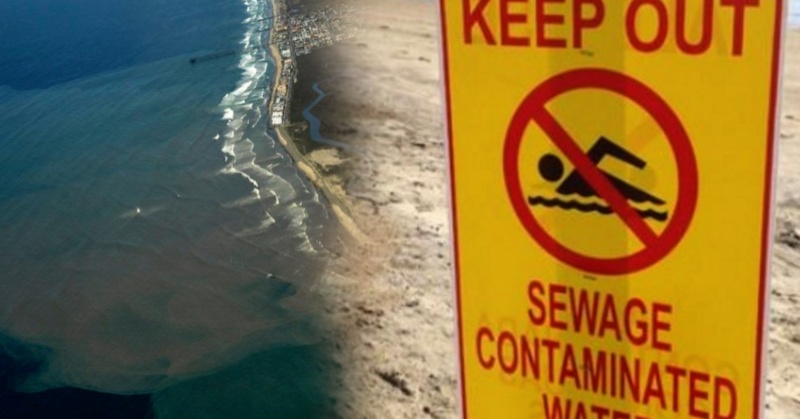 A massive sewage spill deemed the “worst in over a decade” has spread out from its suspected origin in Tijuana, Mexico and into south San Diego beaches.

You can see the scale of the leak in the above photo, though experts say that over 143 million gallons of raw sewage somehow entered the Tijuana River.

The environmental catastrophe has prompted a response from the International Boundary and Water Commission (IBWC)—a joint government agency that regulates water treaties between the United States and Mexico.

Tijuana, a city located in Mexico and neighboring southern California, is believed to be the source of the sewage leak, though investigations have not yet discovered the cause.

Sewage spill report from #IBWC–143 million gallons spilled into TJ Rver starting on 2/6/17. This is why @WILDCOAST @SurfriderSD are needed. pic.twitter.com/P4gySzlxEu

Imperial Beach city officials, however, suggest that the spill traces back to a faulty sewer pipe in Tijuana.

Reports of dirty water have circulated since early February. Coronado beaches have been closed for weeks.

Officials from the San Diego Department of Environmental Health released this statement:

The ocean shoreline from the International Border to the north end of the Silver Strand at Avenida Lunar will remain closed until sampling confirms these areas are safe for water contact.

Additionally, IBWC Commissioner Edward Drusina said, “We need to make sure the commission received timely and accurate information when there are sewage spills in one country that affect the other.”

But official statements from authorities have not been enough to squelch the protests of conservationists: