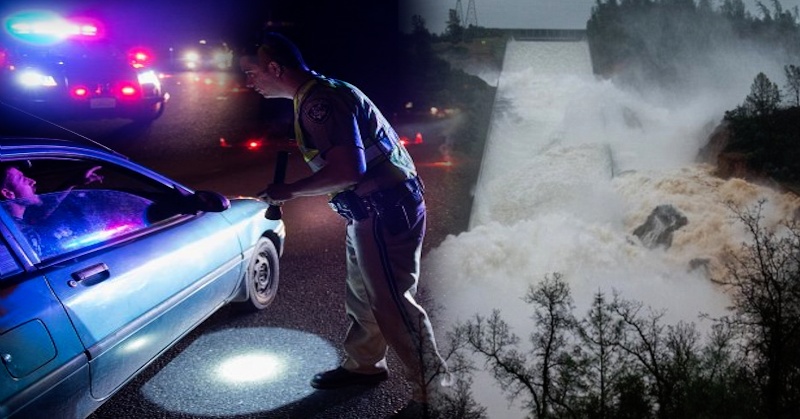 A scene of chaos swept Northern California as the country’s tallest dam threatens to collapse and engulf multiple cities in a 100-foot-deep flood. 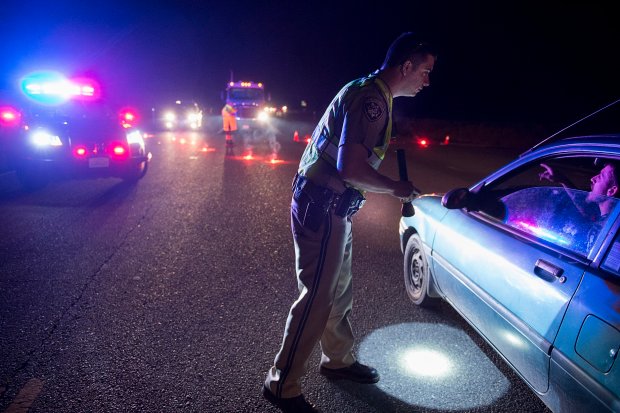 All 23,000 members of the California National Guard have been placed on standby in the event of a cataclysmic dam failure.

“I’m just shocked,” said resident Greg Levias who was evacuating with his wife, two sons, and a dog.

Out of panic and desperation, he and his family crammed as much personal belongings into their car and evacuated as quickly as possible.

The situation began when erosion opened up a hole on the Oroville Dam’s spillway, gradually worsening:

spillway at the #orovilledam – erosion was 1st reported 3 days ago, since then it has grown. pic.twitter.com/MNep5CQ9Ni

But matters worsened when, on Sunday afternoon, authorities learned that even the emergency secondary spillway—a backup in case the primary one malfunctions—was also experiencing erosion. 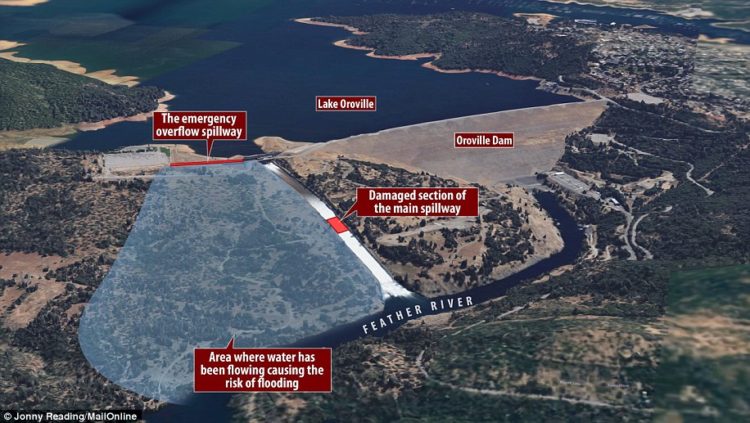 “When you start to erode the ground, the dirt and everything else starts to roll off the hill,” said Kevin Lawson, California Fire incident commander.

Oroville Dam-area evacuees might not get to return home until spillway is repaired, sheriff says https://t.co/1bEirRWiwz pic.twitter.com/1vfGpt47nR 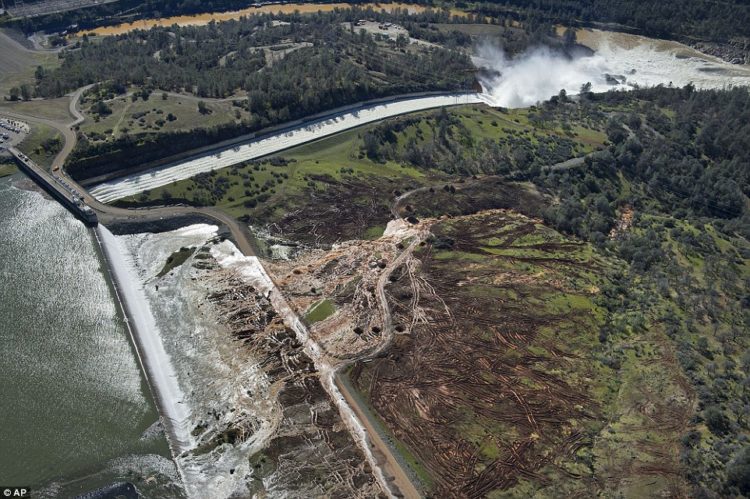 “It starts to undermine itself,” he continued, “If that is not addressed, if that’s not mitigated properly, essentially what we’re looking at, is approximately a 30-foot wall of water.”
By Monday morning, officials stated that water had finally stopped pouring over the dam’s backup spillway, prompting a collective sigh of relief, though the scene is still tense.
Weather forecasters expect numerous storms to strike the area throughout the week which could potentially trigger more flooding and/or erosion.
In the meantime, aid workers and strangers from all walks of life have come together to secure the safety of evacuated citizens. 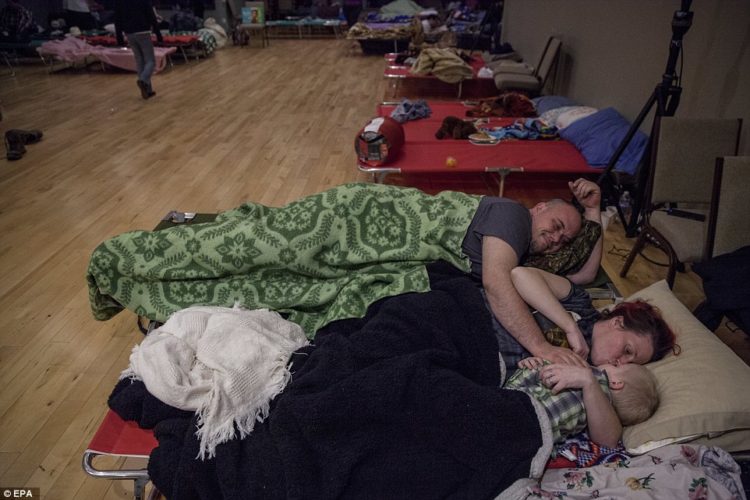 Family of three huddles for safety at a church-turned-shelter in Chico, California

Numerous Sikh temples have opened their doors to the public to offer food and shelter to evacuees:

Although the filling of Lake Oroville was a welcomed change from the previous years’ drought, this opposite extreme has posed its own set of complex issues for Californians.