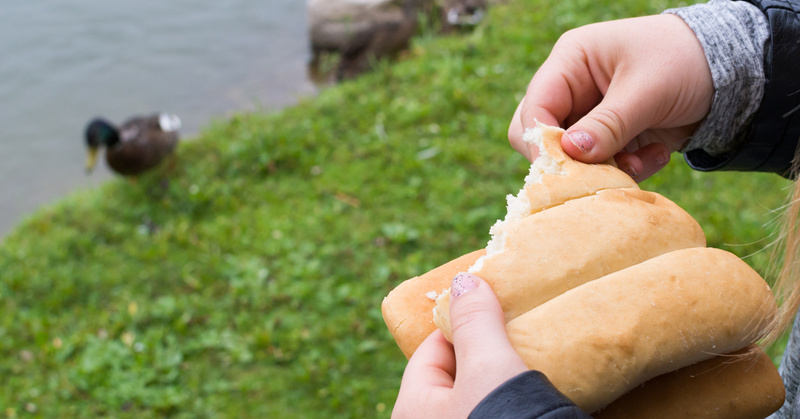 Experts Warn: This Is Why You Should Never Give Bread To Ducks!

A pleading quack is hard to ignore. Throw in imploring, beady eyes, and you’re a goner. But don’t give in—stash those extra dinner rolls away, because feeding ducks bread can have dire consequences. Many people have fond childhood memories of feeding bread to ducks at the local pond, but bread can really mess up a duck’s health.

If ducks consume a diet of consisting mostly of bread, they can become seriously ill. 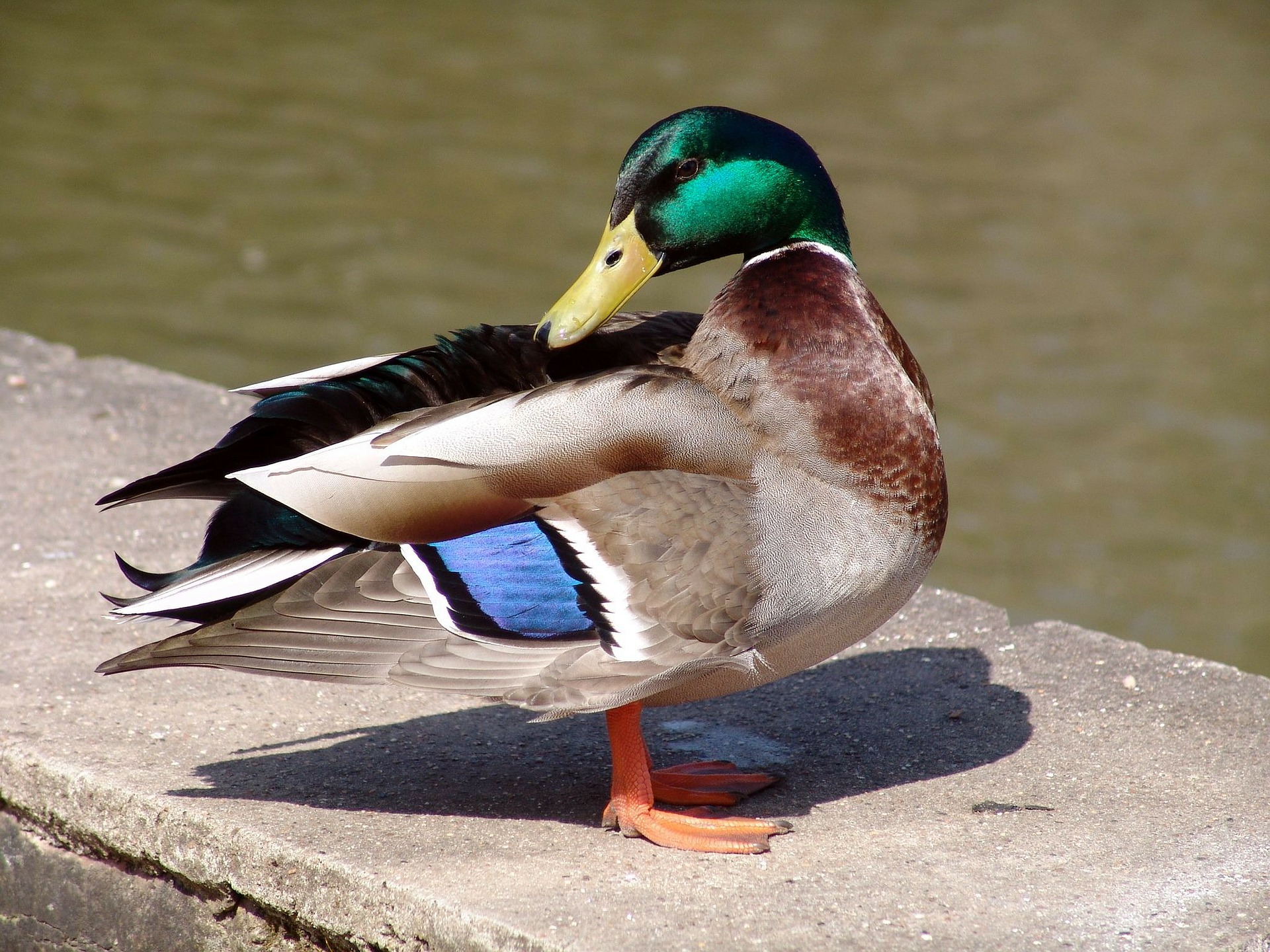 Bread is made up of highly processed carbohydrates and holds little nutritional value. White bread is all the more a culprit. When humans feed ducks, bread or otherwise, the ducks learn to rely on them for a quick and effortless meal. They stop foraging for healthy food. This leads to malnutrition, creating sickly, weak ducks. It also leads to certain illnesses, and the results can be fatal.

One of these illnesses, called angel wing, is caused by failing to consume the right nutrients. The illness causes a deformity in birds’ wings that can hinder the way they fly or even stop them altogether, which could lead to their deaths.  It’s even worse for ducklings. Their young bodies make them all them more disposed to illnesses and malnutrition. And with generous humans around, ducklings are less likely to learn how to hunt for healthy food. 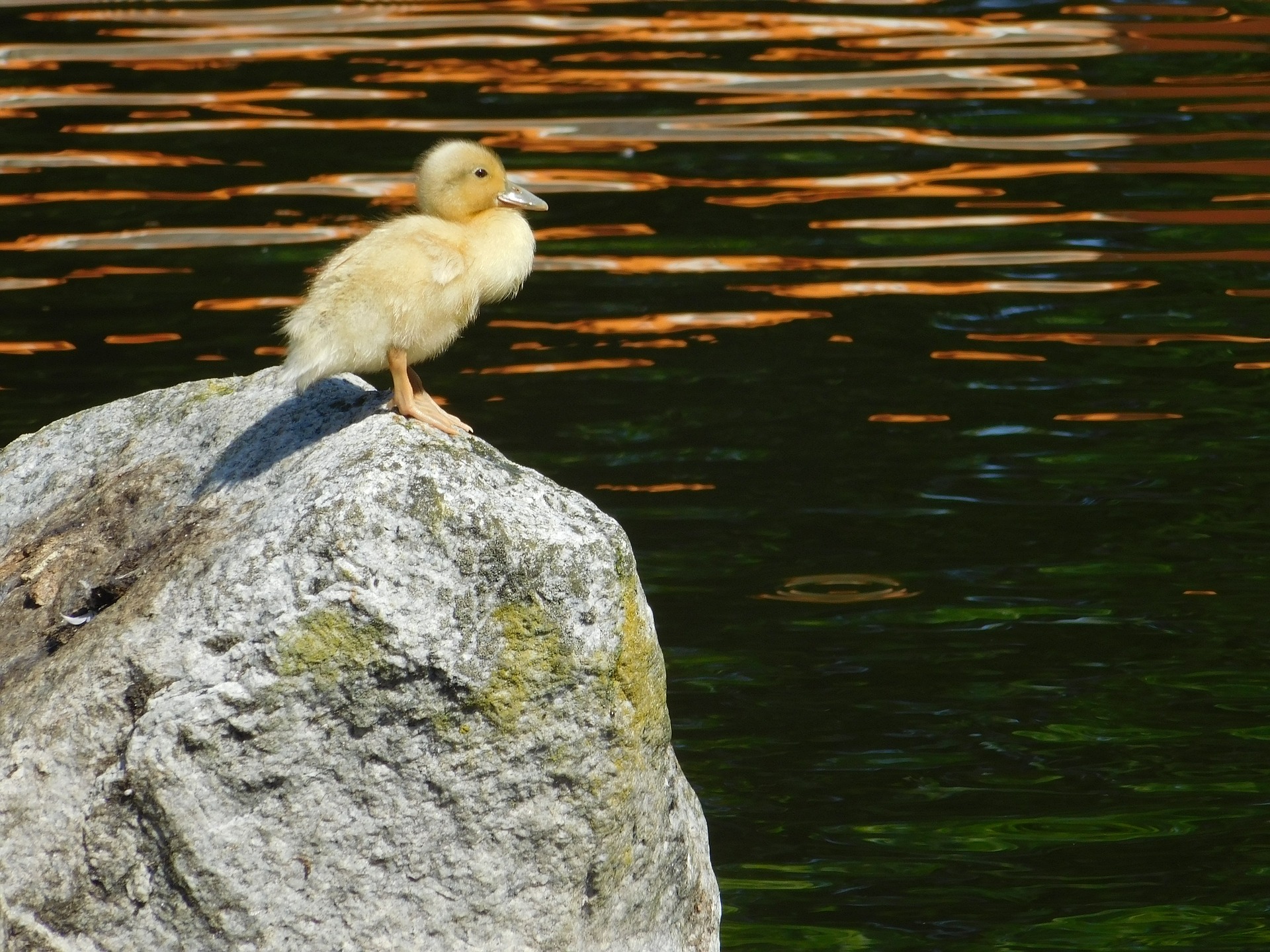 Feeding ducks bread is also bad for the environment. The leftover bread develops mold, which pollutes the water and kills fish. It can also poison the animals  that eat it the next day and result in other illnesses such as botulism. What’s more, humans feeding ducks lures the ducks out of the water and onto the walkways, which leads to an unsightly accumulation of duck feces on paths and bridges.

But, wait, the poor ducks!   It’s up to me to ensure they’re eating! Simply put, no, it isn’t. Humans shouldn’t worry about ducks getting enough food. They know how to hunt. Ducks and other water fowl are more than capable of getting more than enough of their own nutritious meals, like pond weed, small fish, snails, and insects.

While you may experience grief from previous incidences of feeding bread to ducks, don’t fret. Moving forward, ditch the bread and refrain from feeding ducks as often as you can. But if you can’t go cold turkey (or cold duck?), here are some occasional treats you can feed ducks:

Foods that are safe for ducks:

And here is a list of foods that are not safe for ducks:

For more information on how feeding ducks bread can harm their health, watch this video: