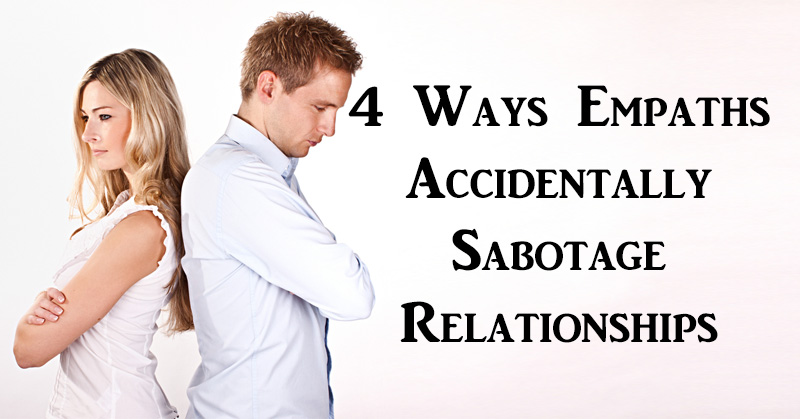 In sci-fi and fantasy realms, fictional empaths have the ability to detect the feelings of others. And often their findings are, without fail, factual. In that sense, empathy is more cut and dried. But in the real world, empathy is not a superpower.  It’s a conditioned response based on a lifetime of trying to cater to the perceived needs of others, often to gain approval. Non-fictional empaths get a good sense about what someone else is feeling, and they are often correct, but when they go above and beyond the call of duty, they run into trouble.

1. They Compromise Boundaries (without being asked to do so)

Empaths have an innate belief that they have to constantly sacrifice in order to be loved. The empath will give up personal freedoms and compromise boundaries in order to appease the other person, even if the other person never asked them to do so.  Overtime, this builds up resentment, and it’s all based on an expectation that the empath placed on themselves.

In the name of altruism, the empath will become wrapped up in the well-being of their partner. They will abandon their friends, hobbies, and all the little things that make them who they are in order to take care of someone else. Eventually, this will lead to the empath will feeling unloved and neglected, and due to their lack of expressing their needs, their partner will not know how to love them.

3. They Speak on Behalf of Their Partner

As empaths have a keen understanding of their partners, they often feel the need to speak for them.  This behavior robs their partner of their autonomy. This pattern, too, will build up resentment, because it will always be the empath’s exhausting job to cater to the other person’s needs. But this job is self-assigned, and the doing of it teaches the other party that they don’t have to express their needs, because someone is there to do it for them.

4. They Think on Behalf of Their Partner

Empaths have both sides of arguments and tough discussions inside their head.  And quite often, the empath will solve the conflict themselves and subsequently dismiss it, but this is unfair to the other party. They have no idea that the conflict even took place. Empaths need to allow their partners to voice their own opinions.  It’s a two-way situation and empaths, as good as their intentions might be, need to learn to stay in their own lane.