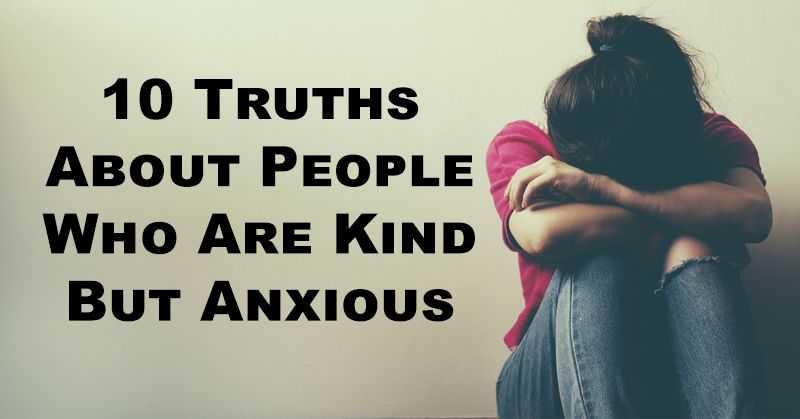 10 Truths About People Who Are Kind But Anxious

Kindness and anxiety often are two sides of the same coin. The hardships of life offer a lesson of empathy, which is great, but sometimes, they also sneak in a lifetime of crippling anxiety. However, the fear of what could happen lends itself to the feelings of empathy. And sometimes people who are overly kind are so because of the anxiety that goes along with being anything but. An anxious person’s overwhelming need to please others can make their cup of anxiety overflow. But their sensitivity to the needs of others also means they are some of the kindest people you will ever meet.

Here are 10 truths about people who are too kind and too anxious:

1. They pour from an empty cup

People who are too kind are constantly concerned about taking care of other people, often at the expense of their own needs. To tend to their own needs would be, from their perspective, selfish.

2. They are very perceptive

Don’t bother trying to conceal your emotions from these people. They are the bloodhounds and your feelings are the scent.  Why not open up to them?  Their empathy serves a great purpose in helping people with their problems.

3. Their clingy behavior comes from fear of abandonment

If you are in a relationship with someone who is too kind and too anxious, don’t be afraid to indulge their clingy behavior. It will fade as their trust in you grows. Once they feel safe with you, you will be amazed at how much love they can give you. Resist their clingy behavior, however, and it will become stronger. 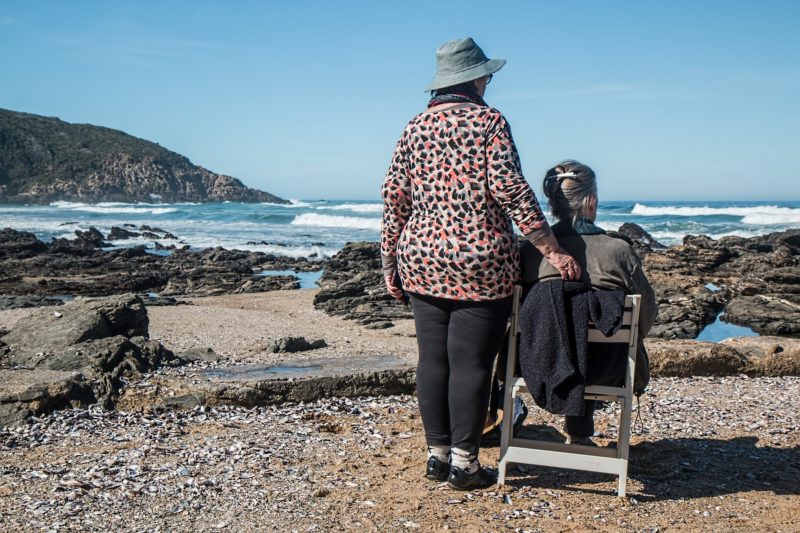 4. They will not try to guilt trip you

If they confront you about something, it means they are genuinely upset by it. It took a lot of courage on their part to be able to bring it up to you, and they value their relationship with you enough to do it. Consider it a compliment!

5. They will stay on a bad date for hours

Doing so is easier than being honest and running the risk of hurting feelings. This also means, unfortunately, they are not the best at breakups, and will sometimes let a relationship carry on without reciprocating strong feelings.

6. Making plans with people is a nightmare for them

This goes beyond anxiety associated with social gatherings. It’s the planning of the gathering itself.  Even if they aren’t the planner, people who are too kind and too anxious don’t want any final decisions made unless everyone is happy. 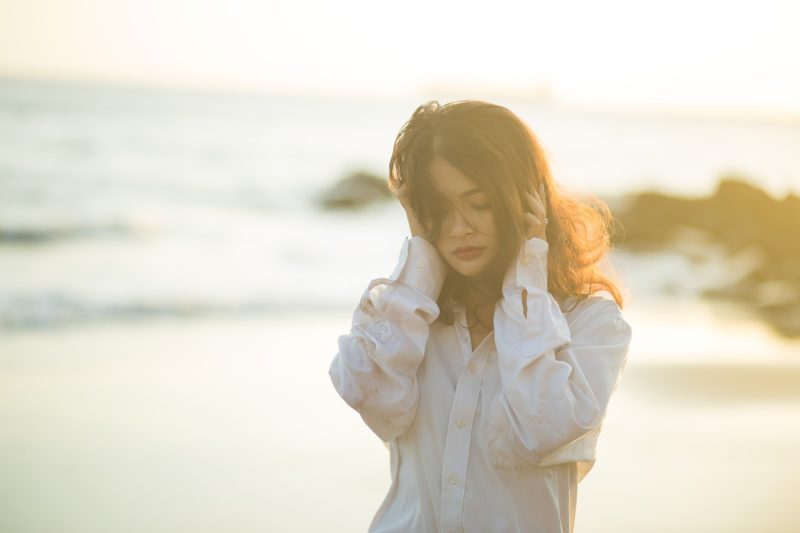 7. They will go out of their way to avoid hurting you or anyone else

Again, sometimes this will come at the expense of their own self-care. They also bend over backwards for people who wouldn’t dream of returning the favor.

8. They sometimes refrain from voicing their opinion

Overly kind and anxious people are used to politely agreeing—even if they don’t agree. To voice their own opinion begs for an unwanted spotlight, and it might upset others in their group.

9. The worrying is never-ending

And as such, your use of logic won’t do much to console them. Yes, they know on some level their fears aren’t reasonable, but that fact won’t make them feel the emotion any less intensely.

10. They will forgive easily and often

Ruled by emotion, people who are too kind and too anxious will readily admit their wrongs and are almost always the first to apologize. They don’t want other people to be uncomfortable, so they will dole out forgiveness like hotcakes. But don’t take advantage of this—although they may forgive you time and time again,  they will learn that you are not to be trusted.  That removes a chunk of precious honesty from the relationship.  Their abundance of forgiveness is a privilege–use sparingly.