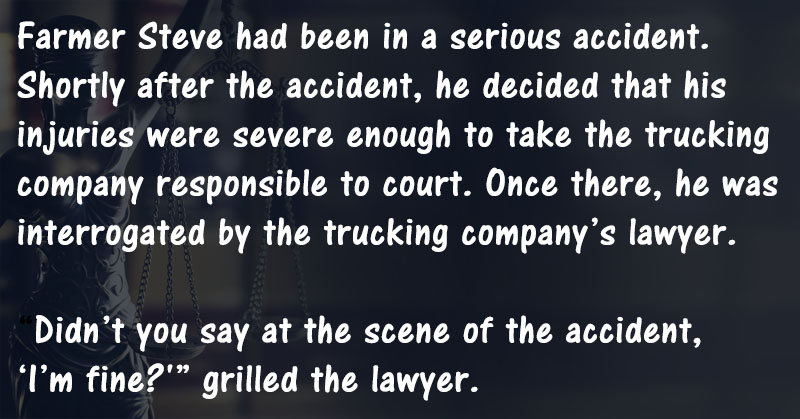 This Lawyer Tried to Make A Farmer Look Dumb In Court. Then the Farmer Said THIS!

In a court case where an individual goes after a large company, you can expect things to get pretty messy. Company lawyers will pull out all the stops to make sure their client escapes without spending a penny, even if it means making the plaintiff look outright stupid.

Farmer Steve’s case looked like it would be no different. But what the defendant’s lawyer didn’t count on was Farmer Steve’s wit.

Farmer Steve had been in a serious accident. Shortly after the accident, he decided that his injuries were severe enough to take the trucking company responsible to court.

Once there, he was interrogated by the trucking company’s lawyer.

“Didn’t you say at the scene of the accident, ‘I’m fine?'” grilled the lawyer.

Farmer Steve began to respond, “Well, I’ll tell you what happened. I had just loaded my favorite mule Suzie into the…”

“I didn’t ask for any details,” the lawyer interjected. “Just answer the question. Did you not say at the scene of the accident, ‘I’m fine?'”

Farmer Steve began his response again, “Well, I had just got Suzie into the trailer and I was driving down the road…”

The lawyer jumped in again. “Judge, I am trying to establish the fact that, at the scene of the accident, this man told the highway patrolman on the scene that he was fine. Now several weeks after the accident he is trying to sue my client. I believe he is a fraud. Please tell him to simply answer the question.”

But the judge was interested to hear where Farmer Steve was going with this response. So she said to the lawyer, “I’d like to hear what he has to say.”

Farmer Steve thanked the judge and began again. “Well, as I was saying, I had just loaded Suzie into the trailer and was driving her down the highway when this huge semi-truck and trailer ran the stop sign and smacked my truck right in the side. I was thrown into one ditch, and Suzie was thrown into the other. I was hurting real bad and didn’t want to move. However, I could hear ol’ Suzie moaning and groaning. I knew she was in terrible shape just by her groans. Shortly after the accident a highway patrolman came on the scene. He could hear Suzie moaning and groaning so he went over to her. After he looked at her, he took out his gun and shot her between the eyes. Then the patrolman came across the road with his gun in his hand and looked at me.

He said, ‘Your mule was in such bad shape I had to shoot her. How are you feeling?'”

To the lawyer, Farmer Steve said, “Now, what the hell would you say?” 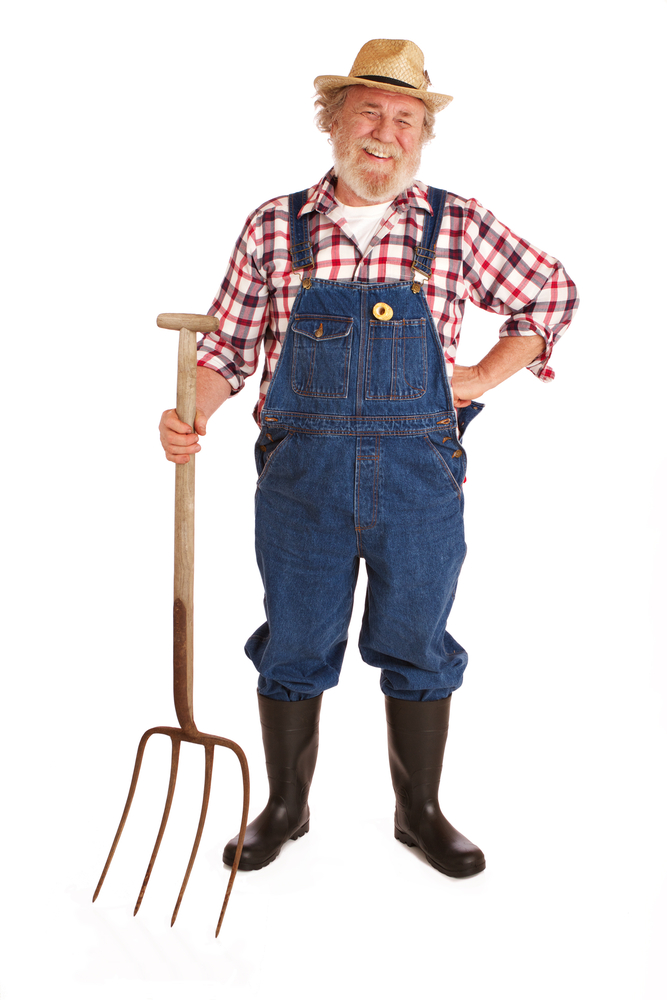 Did this story make you chuckle? Be sure to pass it along to your friends and family to share the laughs!