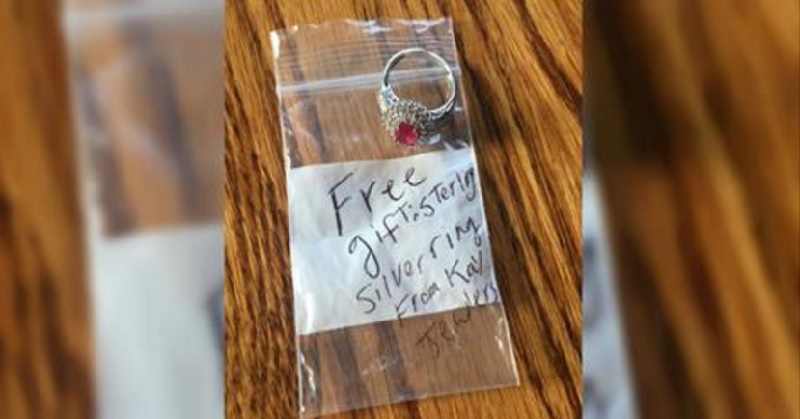 Free Ring Trick Could Lead to Robbery or Kidnapping!

Of all the strange stories you’ll read today, I guarantee this is one of the oddest.

It comes in the form of a warning from an Appleton, Wisconsin woman named Savannah Nguyen and her mother.

One evening, Savannah’s mother visited a mall alone. After some shopping, she was sitting in her car going through her phone when she noticed a large SUV with tinted windows pull up right beside her.

It struck Savannah’s mother as odd, especially since the mall parking lot was so empty.

She quickly locked her doors and drove away.

On her way home, she heard something tapping against her windshield. Still, she kept driving until she had reached home. Stepping out of her vehicle, she went to examine her windshield.

That’s when she found a clear plastic bag with a ring inside it under her windshield wiper. Scrawled on the plastic bag was a note that read: 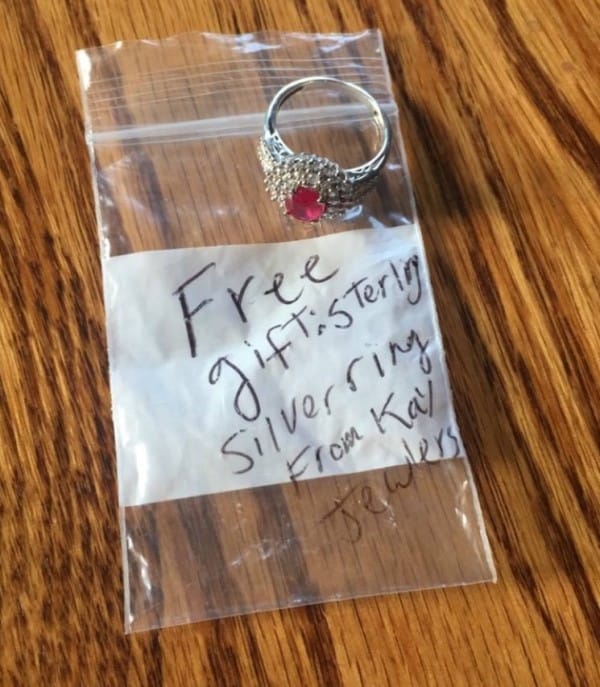 It was then that the severity of her situation became clear. It was no benign person that had pulled up beside her in that mall parking lot.

Inside that SUV was a potential criminal who had come back to see what their jewelry trap had snared. That person had pulled up beside her, waiting for her to get out of her car.

Savannah Nguyen, who authored a viral Facebook post (now deleted) warning others about the trap, summed it up perfectly when she said:

“A person would be curious and want to read the writing on the bag, but in the two seconds it takes you to grab the bag from under the windshield to read what is on there, it might already be too late.”

The police department that investigated the case say it’s possible the criminal intended to commit some sort of theft. It’s also possible that their intended crime was something far more sinister, like human trafficking.

Traffickers are known to use a number of ‘trap’ techniques similar to the one used in the case of Savannah’s mother. From fake jobs to fake birthday parties, they’ve gotten quite creative.

That brings up the importance of being smart, alert and aware of your surroundings – especially if you’re a woman.

Take a look at this video to learn more about human trafficking and how you can protect yourself against it.