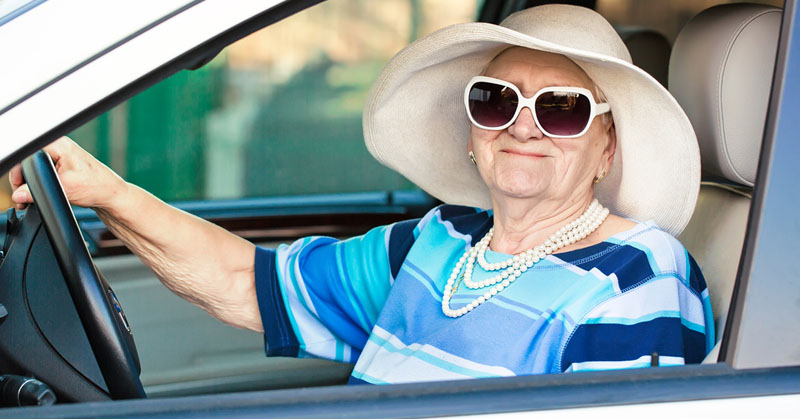 Police Officer Pulls Over 5 Old Ladies. The Reason Why Is Hilarious!

Get ready for a good chuckle! This funny story has been floating around on the internet for a while, and it’s definitely share-worthy.

While the story is more than likely fictional joke (the origins of which seem to be unknown), one could envision that the exchange might have occurred in this area of Pennsylvania.

But regardless of its origins, this funny story is sure to put a smile on your face.

It starts like this: a cop is perched on the side of the highway to catch speeding drivers. But it turns out, it isn’t a speeding driver he catches—he soon sees a car puttering along at 22 MPH.

Now, any cop knows this kind of driver is just as dangerous as a speeder — this cop is no exception. He turns on his lights, takes off, and pulls the driver over.

Approaching the car, he sees there are five old ladies inside of it — two in the front seat and three in the back. But, as the cop notes, there something is off about these women.

Their eyes are wide and their complexions suggest that the ladies might have all just seen a ghost.

The old lady driver, furrowing her brow, says to the cop, “Officer, I don’t understand, I was doing exactly the speed limit! What seems to be the problem?”

“Ma’am,” the officer says, “You weren’t speeding, but you should know that driving slower than the speed limit can also be a danger to other drivers.”

“Slower than the speed limit?” the driver said. “No sir, I was doing the speed limit exactly!” She squared her shoulders and tilted her chin upwards, her eyes sparkling with pride. “…Twenty-two miles an hour!”

The cop, trying to contain a chuckle explains to her that “22” was the route number, not the speed limit. Flushed with embarrassment, the woman grinned and thanked the officer for pointing out her error.

But the cop hesitated to leave. Puzzled, he again took note of the other ladies. Their eyes were still wide as can be. What on Earth could have happened to make them look like that?

Concerned, he frowned at the driver. “Before I let you go, Ma’am, I have to ask… Is everyone in this car OK? These women seem awfully shaken and they haven’t muttered a single peep this whole time.”

The driver gave a dismissive wave. “Oh, they’ll be alright in a minute officer,” she said. “We just got off Route 119.”

Be sure to share this funny story with your friends!