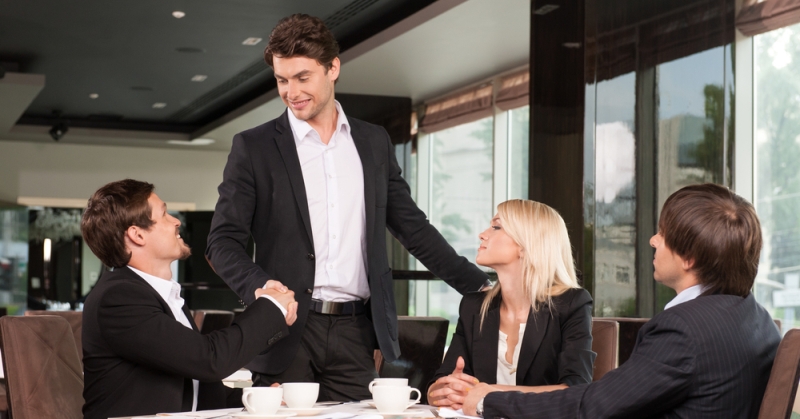 Harvard Psychologist States First Impressions Are Based on These 2 Things!

We all know first impressions are absolutely crucial when it comes to everything from making new friends to impressing that potential new boss. But what exactly is happening during those first crucial moments?

Harvard Business School professor Amy Cuddy released a book last December in which she claims that first impressions are founded based on a mere two details. She gained this insight through 15 years of study alongside fellow psychologists Susan Fiske and Peter Glick.

The two details she believes are most crucial when it comes to first impressions are:

Psychologists frequently refer to these two aspects as warmth and competence. Amy Cuddy’s paper on the subject states that humans’ warmth scale looks for things like good nature, trustworthiness, tolerance, friendliness and sincerity. The competence scale, on the other hand, looks for things like capability, skill, intelligence and confidence.

Interestingly, both factors are important to varying degrees depending on the arena the interaction is happening in. For example, competence is valued more than warmth in the workplace.

And it’s not hard to see why, considering the relative lack of warmth we see from some of the world’s most successful figures in the professional realm.

On the subject of warmth’s importance, Cuddy’s report reads:

“From an evolutionary perspective, the primacy of warmth makes sense because another’s intent for good or ill matters more to survival than whether the other can act on those goals.”

And that makes sense in the context of, for example, finding a partner. As important as that partner’s ability to build a campfire might be, you’re probably more concerned about whether they intend to kill you or not.

According to Cuddy, warmth is also important from the standpoint of getting people to trust and believe in what you’re doing as opposed to following you out of fear.

For example, if you’re really competent but not trustworthy, you may come across as unapproachable and intimidating.

“If someone you’re trying to influence doesn’t trust you, you’re not going to get very far; in fact, you might even elicit suspicion because you come across as manipulative,” Cuddy’s report reads.

So what’s the goal? As with many other things in life, balance is the key thing to keep in mind when it comes to managing your trust/respect ratio.

I like this point Cuddy makes in her report:

“A warm, trustworthy person who is also strong elicits admiration, but only after you’ve established trust does your strength become a gift rather than a threat.”