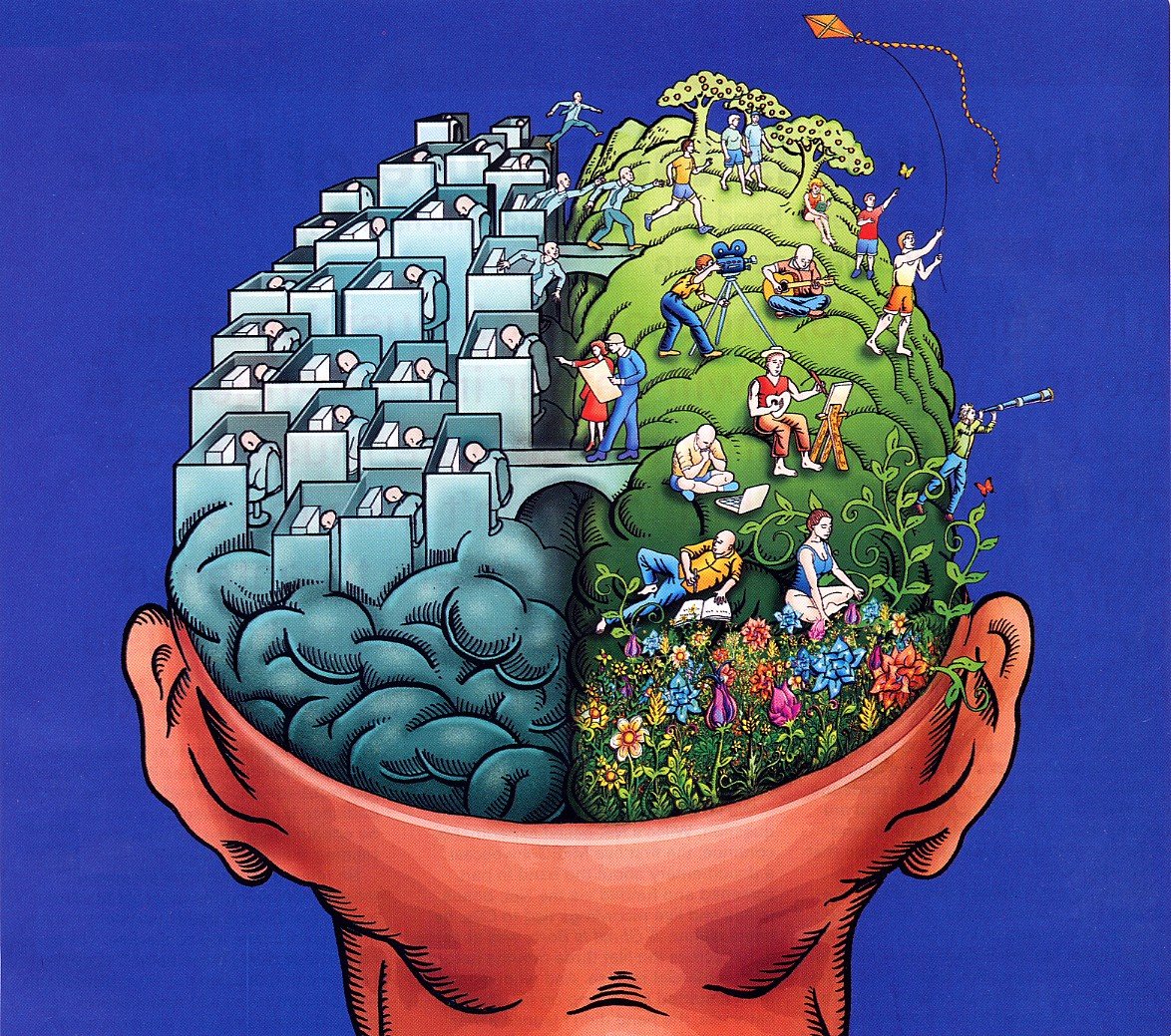 The human psyche is a wild and fascinating place. There’s so much that goes on up there that flies right past our conscious brains.

But marveling and being amazed at the mind’s power is one thing – learning how to put it to work for you is another one entirely. And that is the purpose of today’s post; to clue you into a few facts about your mind you can use to become more productive, happier, successful and in the present moment.

1. The music you listen to can change the way you perceive the world.

We all know that music can affect our moods. That is basically a given, a fact we all use to our advantage on a daily basis when we need a mood boost (or even the opposite – when we want to sit and sulk along with Radiohead or Adele).

But your mood is not the only thing that music affects, as researchers at the University of Groningen found. As the study finds, music can also change the way you perceive facial expressions.

Something to keep in mind if you are on your way to a job interview or first date; keeping a happy song in mind could very well improve your perception of the other person’s reaction.

2. Money can buy happiness – depending on how you spend it.

If you are feeling particularly bummed as the post-holiday season credit card statements begin rolling in, chances are it is got more to do with how much money you spent on yourself than others.

The way we spend our money can have a very powerful effect on us as Elizabeth Dunn, and Michael Norton shared in their book Happy Money: The Science of Smarter Spending.

Investing in others is one of the ways they suggest ‘buying happiness.’

Another one of my favourite pointers from the book says that one should buy experiences rather than physical goods. Spend your money on building memories that will last a lifetime, not objects you’ll often need to maintain.

3. Becoming a millionaire is not really all it is cracked up to be.

That is two points on this list so far that have to do with money. But can you blame me – it seems to be the motivator for so much of what we do.

While Hollywood and Silicon Valley alike dream of millions in the bank, that might be a bit of wasted ambition. The Wall Street Journal (ironic, I know) reports that above $75,000 annually, happiness does not increase.

But, of course, as our last point hits home, just because you are a millionaire does not mean you can’t be happy. It is just about how you spend your money.

4. People 18 to 33 years old are the most stressed out people on the planet.

A survey by The Harris Poll found that 18 to 33-year-olds are some of the most stressed-out people on the planet. USA Today goes into detail in their report, sharing that people in that age range are more likely than any other to be diagnosed with depression or an anxiety disorder.

If you fall into that age range, use this information to take better care of yourself. If you know someone in this age range, consider offering a bit of support.

The placebo effect has been well documented regarding its relation to all sorts of medications. But did you know it can also have a profound impact on your energy?

As The Atlantic reports, tricking your brain into thinking you’ve slept a lot more than you actually have can give you a sort of ‘placebo sleep,’ thereby making you feel less lethargic throughout the day.

Obviously, this will require a bit of trickery – likely with the help of a second party, as the study Placebo Sleep Affects Cognitive Functioning in the Journal of Experimental Psychology shows. However, it does provide insight into just how powerfully your brain can be tricked into believing even something you’d think would be concrete; the amount of sleep you get.

6. Think you are not smart? That could mean you are actually quite smart.

Think you are brilliant? Well…

The Dunning-Kruger effect results in stupi– er, shall we say, less than competent people thinking they are more intelligent than they actually are, and vice versa.

The paper this concept was introduced in was called Unskilled and unaware of it: How difficulties in recognizing one’s own incompetence lead to inflated self-assessments. The researchers, Justin Kruger and David Dunning, won an Ig Nobel Prize in 2000 for their research.

This information can provide a useful means of choosing whom to work with on that hot business idea of yours. Just make sure to take the colour of their clothing into consideration as well.

7. Your brain sucks at remembering things.

We all have memories we prize most and as much as I hate to ruin that prized recollection you have of losing your virginity at band camp; there’s actually a lot more separating you from your memories than you might realize.

A study conducted by Northwestern Medicine in the Journal of Neuroscience found that when we recall events, what we are really remembering is the last time we recalled those events.

Does your brain hurt? Yeah, mine too.

“Your memory of an event can grow less precise even to the point of being totally false with each retrieval,” said lead researcher of the study, Donna Bridge.

So maybe Bill Clinton wasn’t lying at the time after all – Maybe he had just recalled Monica Lewinsky so many times that his brain warped the details of their encounters, or maybe not.

However, in all seriousness, this is a good reason to start journaling. Preserve events as they happen.

8. Telling your friends about your goals can actually make them harder to achieve.

This has been known since the 1930s when tests proved that people who talk about what they wish to do are actually less likely to do it.

In the late 2000s, NYU psychologist Peter Gollwitzer published an article titled “When Intentions Go Public: Does Social Reality Widen the Intention-Behavior Gap?” in which he discusses this phenomenon.

To put it simply, the brain has ‘identity symbols’ that build up one’s self-image. Talking satisfies the brain’s desire for a self-image enough that it reduces the need to take action.

By that notion, Joey from Friends might end up being a famished, frustrated man.