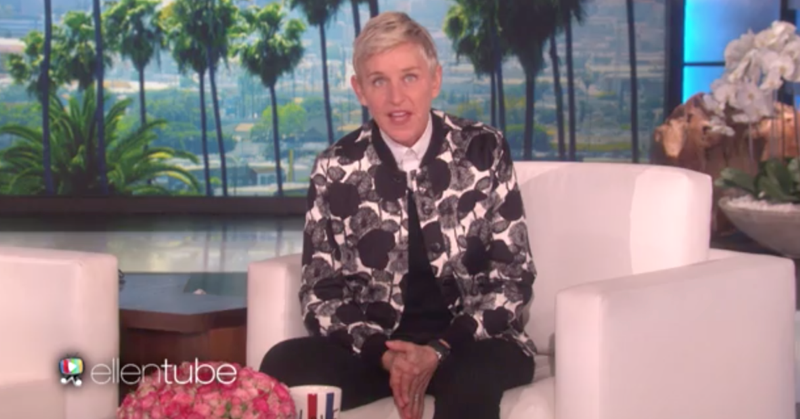 On today’s episode of ‘The Ellen DeGeneres Show,’ the famed host paid tribute to her longtime friend Carrie Fisher, who died last Tuesday.

“I wanna say something about my friend, Carrie Fisher,” began Ellen. “I knew her for a long time. She has been on the show many times, and the last time was just a month ago. I loved when she was here. She made me laugh so hard.”

“She was smart, she was funny, she was hilariously honest about herself and the world around her.”

Ellen then proceeded to play the following video, which had audience members applauding thunderously by the end.

“I miss you Carrie,” Ellen concluded.

Ellen’s video has since generated quite a strong response online from fans.

@TMZ @TooFab It still hurts my heart! She was a force and a funny young lady! Love you @carrieffisher

@HuffingtonPost who said this was ok ????

Carrie Fisher died last Tuesday at the age of 60 following a heart attack on a plane. Tragically, her mother Debbie Reynolds died just one day later.