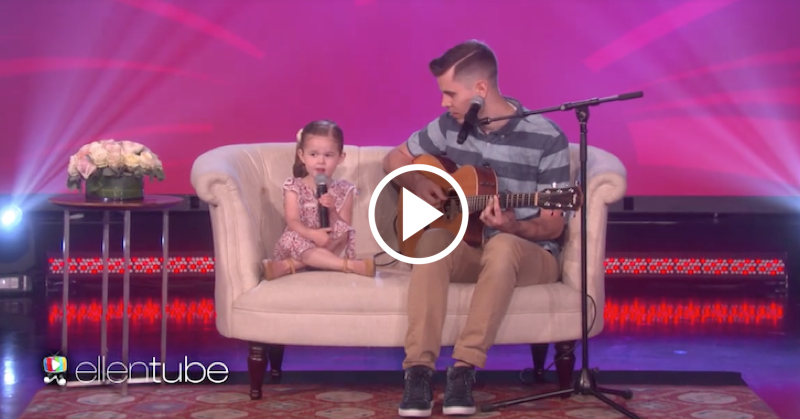 A musical duo comprised of a 4-year-old girl is capturing plenty of attention on social media thanks to a video clip uploaded by Ellen DeGeneres.

“Whenever our next guests are here you are guaranteed to have a Disney song stuck in your head,” said Ellen as she introduced Claire Ryann and Dave Crosby’s segment on her show earlier today.

The audience began to cheer even before the duo entered on stage as a video of one of their previous appearances flashed behind Ellen.

“I’m happy to see you again,” said the host to Claire. “Last time you were here I gave you some snow globes cause you like snow globes, right? What have you done with them?”

Minutes later, Claire and her dad took to Ellen’s musical stage to perform a rendition “You’ll Be In My Heart” from the movie Tarzan.

Check out their performance below!

That video already has a whopping 1.2 million views on Facebook – and plenty of positive comments.