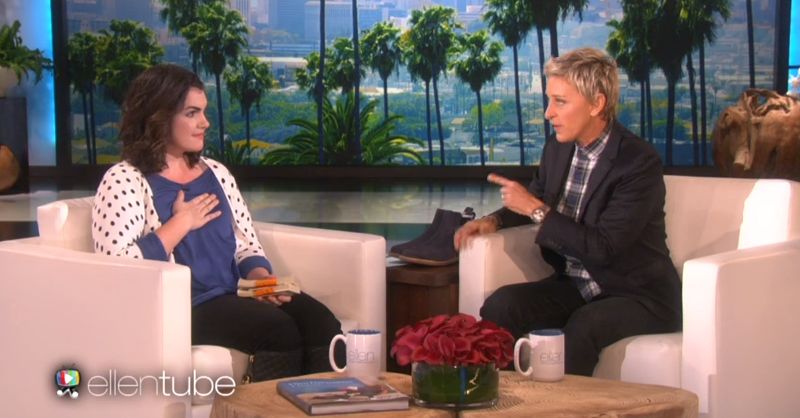 Ellen Rewards a Guest for Her Remarkable Act of Kindness

A woman by the name of Kelly McGuire from Chicago was in for quite a nice surprise when she was a guest on Ellen DeGeneres’ show.

Several weeks ago, Kelly came across a homeless woman while on her way home from a football game. The woman stood across the street holding a sign requesting warm clothes and boots.

Kelly, a fine arts instructor for children, found that the woman had the same shoe size as she did. So she gave her boots away, straight from her feet, just like that — cold Chicago winter day and all.

However, her kindness did not stop there. Kelly had clothes in her bag that she gave to the woman as well.

Kelly’s story of kindness quickly spread. She responded to this online post (excerpted):

**edit** Sweet friends, I had no idea this post was going to go so viral. My heart wants to explode from all of the…

Kelly’s post went viral, and she was invited to the Ellen show. Humorously, Ellen gave Kelly a pair of her boots. But the real surprise came when she looked inside. Have a look at the heartwarming video: