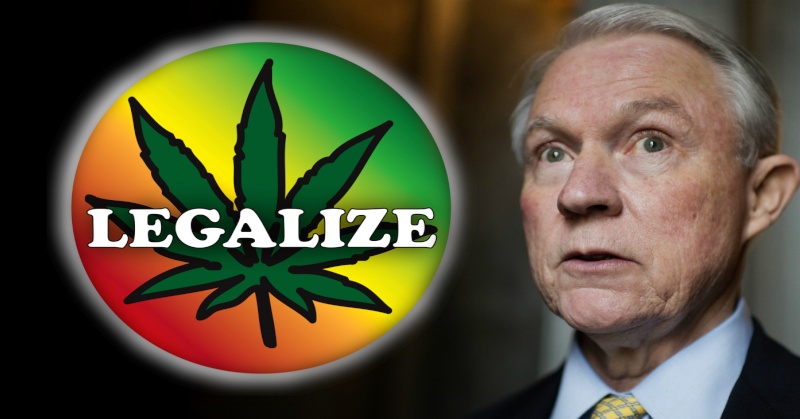 After concerning hints from Attorney General Jeff Sessions that he’d move to criminalize marijuana use, a new landmark bill has been introduced that could legalize the harmless herb on a federal level.

The bipartisan bill introduced to Congress by representatives Tom Garrett (R-VA) and Tulsi Gabbard (D-HI) seeks to remove cannabis from the Controlled Substances Act (CSA) which classifies the drug as Schedule 1.

Schedule 1 drugs are those deemed as having no medical applications.

The bill, referred to as the “Ending of Marijuana Prohibition Act of 2017”, would prevent the federal government from criminalizing the drugs and would instead allow states to decide.

States’ rights on this topic were openly supported by candidate Trump during his 2016 run for president, as you can see in this video clip here:

Despite the President’s views, his appointed Attorney General Jeff Sessions has different opinions.

“I believe it’s an unhealthy practice,” said Sessions earlier this week, “and current levels of THC in marijuana are very high compared to what they were a few years ago, and we’re seeing real violence around that.”

In other words: pot makes you violent, according to Sessions, despite hours of laid-back Bob Marley music proving otherwise.

When confronted with the scientific facts on the health benefits of cannabis, Sessions responded, “Give me a break,” and then advised state attorney generals, “We don’t need to be legalizing marijuana.”

Jeff is at odds with the majority of Americans who, according to recent polling including Republicans, Democrats, and Independents, 71% of them believe states should determine the legal status of pot.