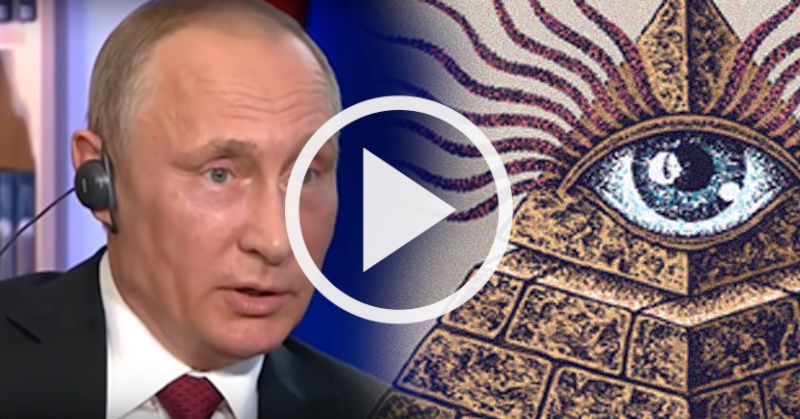 Russian President Vladimir Putin came out in a recent interview exposing the puppet presidents that have ruled American politics for so long.

“You know, I’ve communicated with one U.S. president, and a second, and a third—presidents come and go but the politics remain the same,” says Putin in an interview with Le Figaro, a French publication.

“A certain person may be elected,” he adds, “by the public on the basis of his merit and ideals – but rarely is this person able to formulate policy.”

Referencing both parties, the Russian president seems to be suggesting that American politics is little more than a facade to provide the illusion of choice to voters.

“This happens from one administration to the next,” he adds.

Putin then asks the interviewer why he believes presidents are, at best, ceremonial—but quickly answers the question for him.

“So a person is elected — he comes with ideas,” says Putin, “Then people with briefcases come visit him, well-dressed, in dark suits — kind of like mine. Except instead of a red tie it’s black or navy.”

The references to men in “dark suits” is eerie yet accurately reminiscent of the shadowy lobbying forces that operate behind the scenes of D.C.

Despite Vladimir’s draconian policies towards gays, free speech, and police oversight—none of which are excusable—he nonetheless makes important points about shortcomings within the American government.

You Can Watch The Powerful Interview Here: