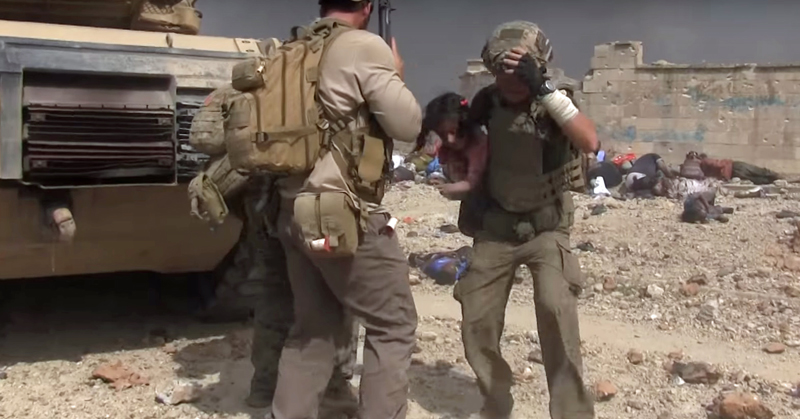 In this video, he is seen running through enemy fire to save a little girl caught in the fire fight. Other members of his group can be seen laying cover fire.

The rescue happened in Mosul, an Iraqi city located in the northern part of the country. Eubank (56) was there with a group he founded, the Free Burma Rangers.

They found a group of civilians gunned down by an ISIS sniper but saw a living toddler and 2-year-old in the group. You can see Eubank save the 2-year-old in the video below. He went back to find the toddler, but sadly, could not locate the child.

Eubank, a father himself, commented on the rescue:

“I thought, ‘If I die doing this, my wife and kids would understand.'”

Eubank founded the Christian humanitarian group, Free Burma Rangers, after retiring from the military. When he heard of the situation in Mosul, he knew he had to take his group there.