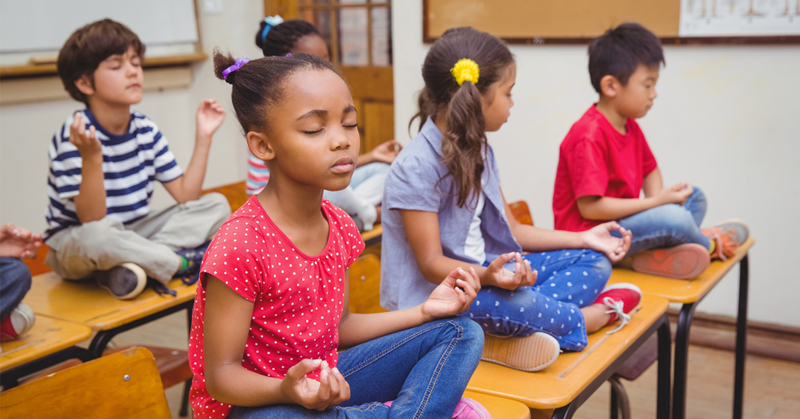 5 Reasons Why Kids Should Meditate at School!

So what do you think? Should kids meditate at school? Some people may be concerned that meditation is somehow a spiritual practice, but its benefits are more grounded in the physical, mental, and emotional states. And we could all use a little help there.

In college, I once had a professor who did her best to bring meditation into the classroom. Before tests and at the end of heated debates, she would lead the class in guided meditation.

Those were some of the most tranquil experiences I’ve ever had in a classroom. And it seemed to work. By the end of the semester, the class was much more tolerant and open to discussion and thought-provoking arguments than it was at the start.

And that got me thinking:

How would the world benefit if we made meditation a part of the classroom experience at the very start of a student’s educational journey?

The Dalai Lama famously said, “If every eight-year-old in the world is taught meditation, we will eliminate violence from the world within one generation.”

Yeah, that sounds like a pretty tall promise, but you only have to dig a little into research on meditation to realize it’s not that far out of the realm of possibility.

Here are 5 reasons kids should meditate at school.

1. Meditation has a positive impact on health. 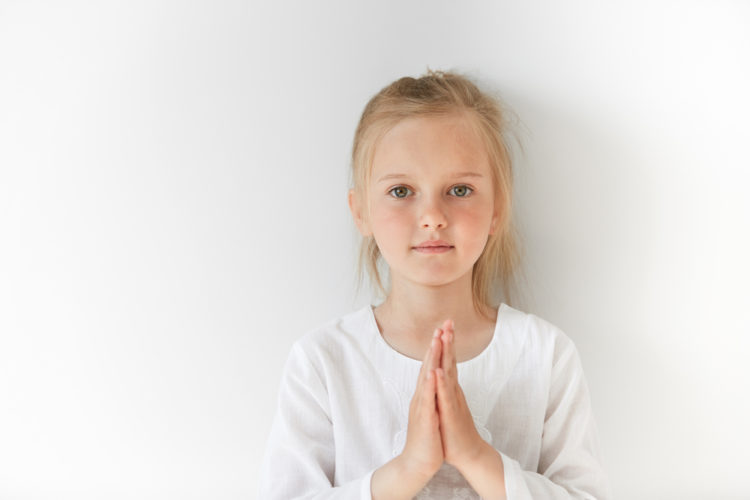 One 2012 study looked at 201 men and women with coronary heart disease. The individuals were asked to participate in one of two groups – a transcendental meditation group or a health education program. (1)

After 5 years, the meditation group’s risk for heart attacks and strokes decreased by 48%. Yes, almost by half!

Now, these were grown men and women. So you can only imagine what sort of impact maintenance through meditation — starting from a young age — would have.

Sure, we spend a lot of time in health classes educating kids on what they should and shouldn’t do. While that’s important, this study shows just how effective action through activities like meditation can be. 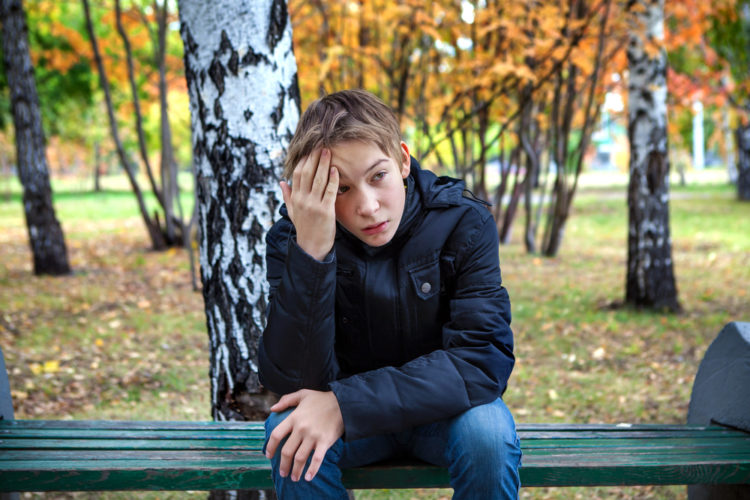 Studies show that thanks to everything from burdensome amounts of homework to social pressure and personal challenges, students have incredibly high amounts of unhealthy stress by the time they reach high school. (2)

But meditation doesn’t just help with health problems, like obesity, that can be caused by too much stress. Substance abuse is also common among high-strung kids. (3)

In fact, 73% of teens in a national study reported that their number one reason for using drugs was to cope with school pressure. (4)

One of meditation’s primary functions, as proven in a Harvard study, is to reduce stress. By teaching kids this healthy coping strategy from a young age, we could set them up for a future free from dependence on harmful substances. (5) 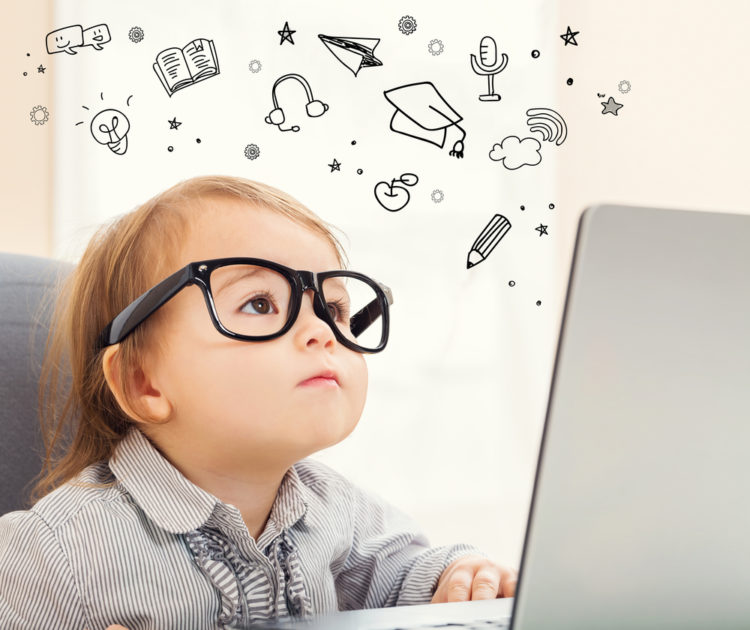 In case you’re worried about kids becoming nonchalant and lazy if schools bring meditation into the curriculum, you can put those fears to rest.

As reported by Time, meditation does a lot more than help people relax. It also increases brainpower. Meditation is associated with a thicker cerebral cortex and increased gray matter, both of which are parts of the brain linked to memory, attention span, decision-making and learning. (6)

In other words, not only will meditation helps kids handle the stress of school and social pressures, but they would also be better able to perform well academically and socially. 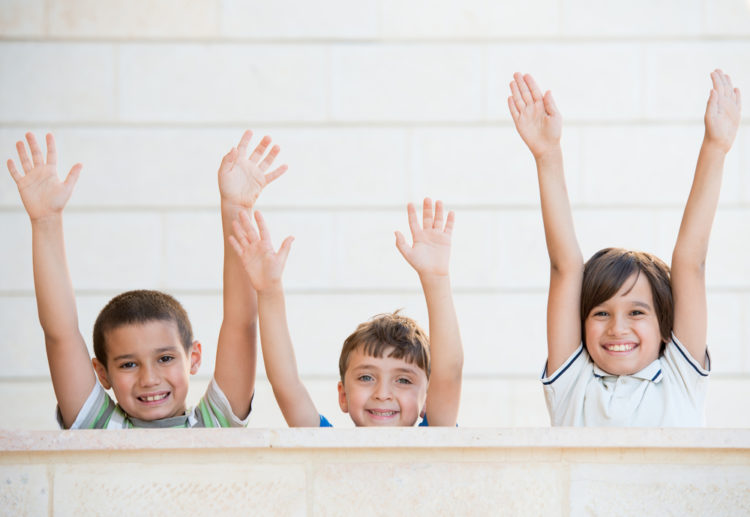 A study published by the American Psychological Association found that just a few minutes of meditation can increase feelings of connection and positivity towards others. (7)

Unfortunately, social isolation is a major issue among students and can have a large impact on mental health as well as self-esteem. As such, meditation in the classroom could have a major impact on kids who would be isolated without it. (8) 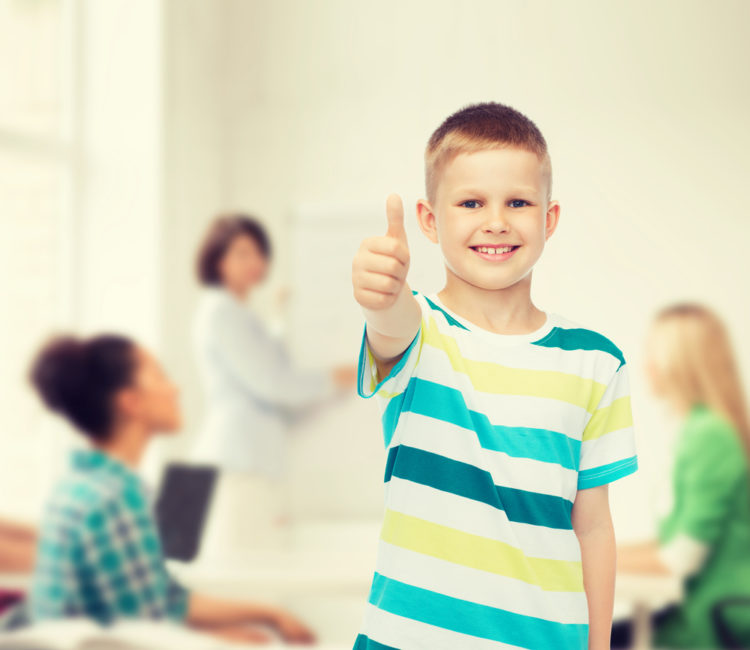 As reported by Lauren Owen, Harvard graduate in educational studies, empathy in the classroom is crucial to building a positive community and culture. (8)

And that’s great news for proponents of meditation, because a study by Emory University revealed that meditation helps boost the parts of the brain associated with empathy. (9)

In addition, children with ADHD specifically benefit from learning meditation. Giving this group of kids the benefits of meditation will support them throughout their time in school.

Do you meditate? How has it helped you? What do you think – Should meditation be implemented in the educational system?

Well, it’s been done before. Check out this school that replaced some punishment with meditation.