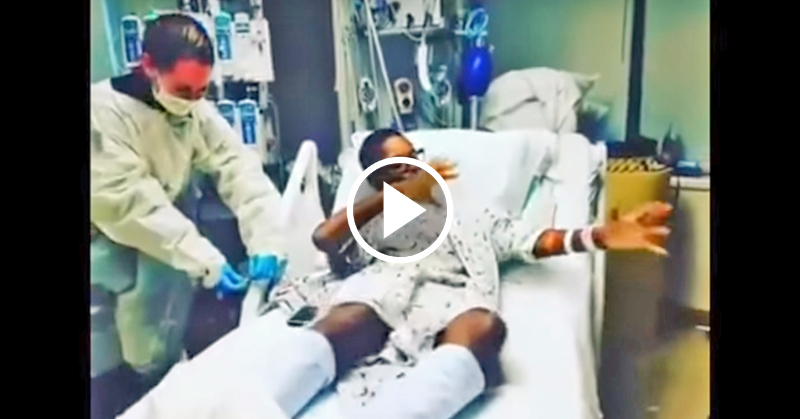 Watch As Teen Dances For Joy After Lifesaving Heart Transplant

Viral video of Amari Hall is sweeping the internet and for good reason.  The teen is recorded in his hospital bed dancing only 6 days after going through heart transplant surgery.

Amari was born with a heart defect called hypoplastic left heart syndrome. He underwent three corrective heart surgeries by the time he was two to temporarily fix the problem.

It was 13 years later, during a routine check up, that doctors told Amari’s mother that his heart was failing and that it was going to need to be replaced.

We was admitted into University of Maryland Medical Center in Baltimore in December and waiting three long months for a matching heart became available.

A new heart became available and Amari recovered brilliantly. Friends and medical staff alike, however, were shocked when he started to dance in his hospital bed not even a week after surgery.

Amari’s aunt posted the video on facebook with the following caption:

Good Day Facebook. I know that many of you are inspired by our Awesome Amari dancing 6 days after his heart transplant. We would like the world to see how awesome he is!! He loves LeBron but I know he’s busy but please help me making his video go viral.

Well, his video has certainly gone viral. You can watch it below!