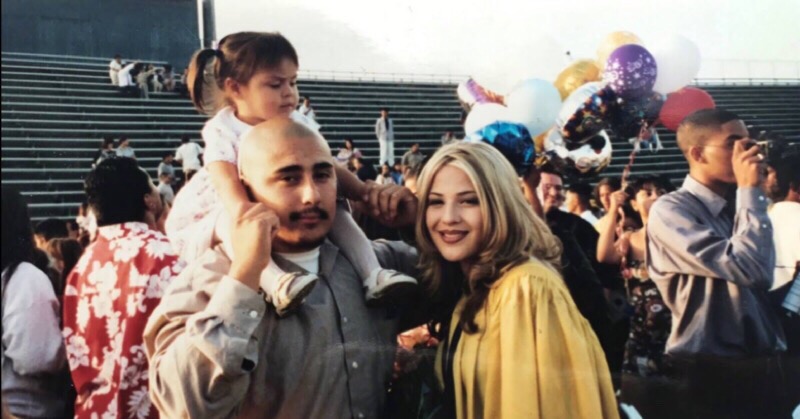 Madeleine’s family might not be typical, if there is such a thing, but like many other families, they are full of love. And it also just so happens her parents were both teenagers when she was born.

Because of their young ages, her parents faced an exceeding amount of hardship.

Take a look at the photo below, originally posted in the year 2000. 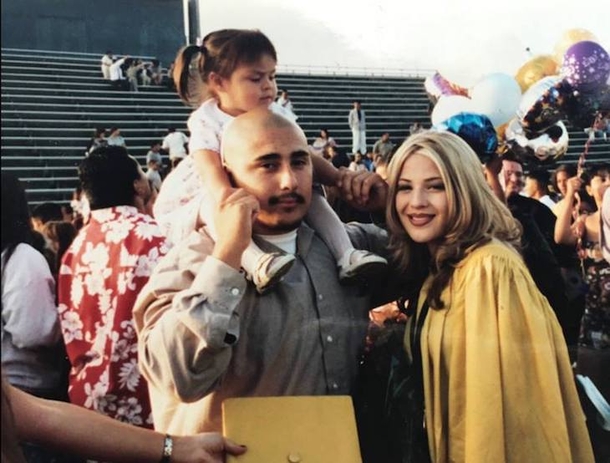 Back then, not a lot of people believed the young teen couple would make it.  However, although the cards were stacked against them, the family nonetheless flourished. It’s a concept well-depicted in a photo Madeleine recently posted online: 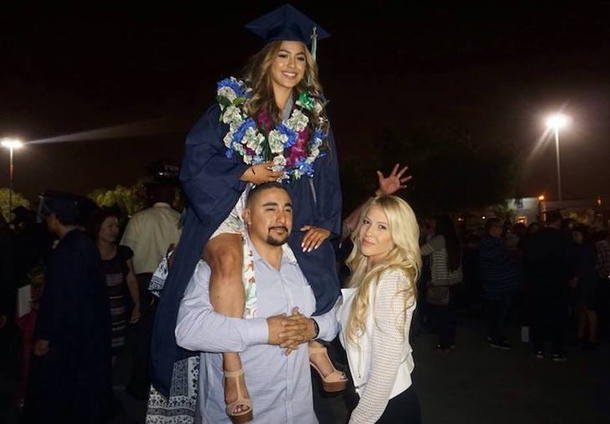 The photo shows Madeleine and her parents adorably recreating the original photo taken when she was just a toddler.

“My parents were judged a lot during this time but stayed strong together,” she adds.

“They both lived with their parents but were raising me together. They were determined to make it and provide me with a future. My dad worked full time in construction and my mom was still playing soccer.”

An admirable story, to be sure. Madeleine outlines just how far her parents have come since their teenage years.

“Today, they have a strong, loving marriage,” she says. “They purchased a beautiful home. My mom is a stay-at-home mom and my dad has a great career as a longshoreman. I have two little sisters that are following in my footsteps.”

And it seems Madeleine has her parents to thank for her success thus far in life. She also attributes part of her success to the original photo itself.

“The original photo has always been an inspiration to me,” she says. “I wanted to recreate this photo since the beginning of my senior year but especially after I accepted my offer to college. I also wanted it to be a reflection to show them how far we’ve come together as a family. My parents have always been my motivation to be successful in high school and now strive to do well in college.

“I couldn’t ask for a more loving, supportive family than the one God gave me. Yeah that’s right, we made it TOGETHER.”

Even though several people doubted Madeleine’s parents, they encouraged their daughter all through her schooling. Now the hard-working teen is college-bound this fall to continue her education!

This family is truly an inspiration and a prime example of overcoming adversity!