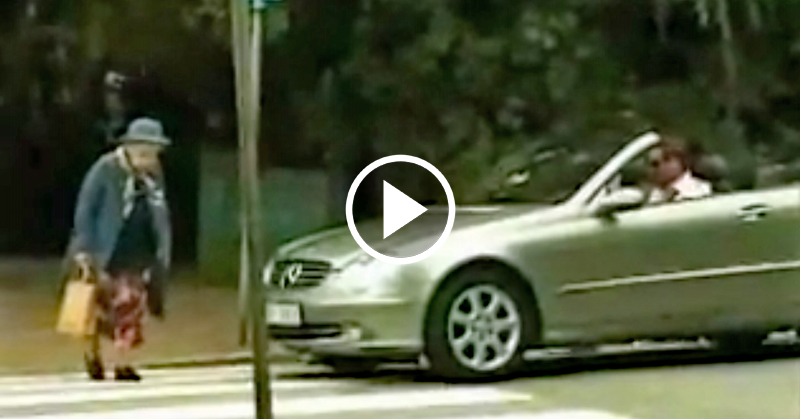 Things took an unexpected turn in what appears to be a video of two young teenage boys attempting to catch their skateboarding tricks on film.  Many YouTube users have called the video fake, but even if it is, it’s still hilarious!  The video shows an elderly lady exacting her revenge as an impatient car driver honks at her.

And the aftermath of the woman’s revenge sends the boys filming the exchange into a fit of laughter!

The video has sparked debate, with some individuals saying the woman shouldn’t have been standing so close to the road.  And some have remarked that she could be slapped with a huge fine for causing damage to the man’s car. Others cheered on the elderly lady, with such comments as “GO GRANNY!”

While the video is allegedly nothing more than a commercial for Ikea, it was filmed in such a way that it looks like a home video. However, staged or not, the video is funny–especially the surprise ending!

Watch what happens after the woman smacks the driver’s car with her bag: