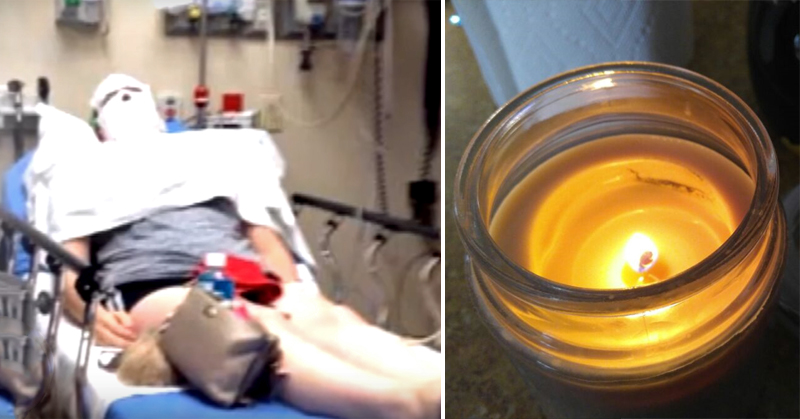 A woman tried to blow out her candle when it burst into flames, seriously burning her face…

Ashley, who appeared on an episode of The Doctors to talk about her horrible ordeal, says she tried to blow out a candle she had just bought when she noticed flames had gotten up to 8 inches high. When Ashley tried to blow it out, though, the candle caught on fire and burst into flames. Ashley suffered first and second degree burns and says that her eyelashes were so burnt that it hurt to open her eyes.

When Ashley’s husband finally managed to get the candle outside he sprayed it with a garden hose but flames shot up to the gutters and the candle exploded in the process. Incredibly, the whole thing was caught on their nanny-cam.

Ashley says that her two biggest struggles since the accident have been her self-esteem and helping her daughter. Ashley’s daughter was there when it all happened and since then she’s been having nightmares and even touching Ashley’s face and asking her if she’s okay. The Doctors also give some tips about how to stay safe with candles and point out that three percent of house fires are caused by candles at a rate of 25 per day.

Both trying to blow it out and pour water on it just made things worse. The Doctors recommended snuffing the candle out instead to avoid a tragedy like Ashley had to endure.

Ashley ended up in the emergency room after the candle she bought literally blew up in her face: 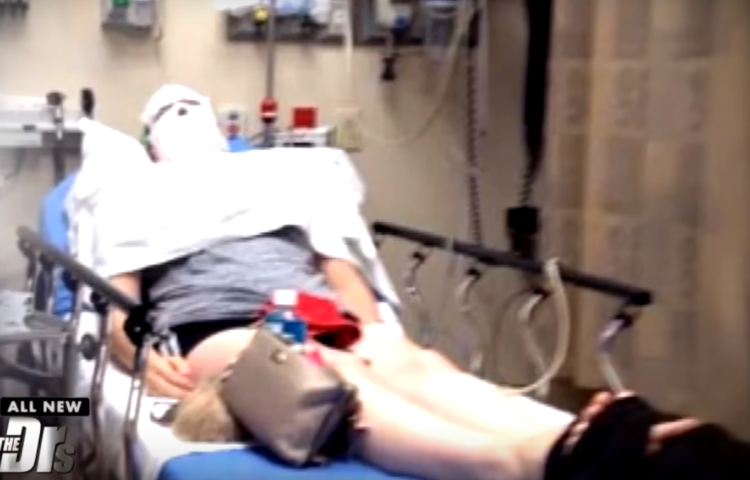 Watch Ashley’s terrible accident all caught on tape by her nanny-cam: