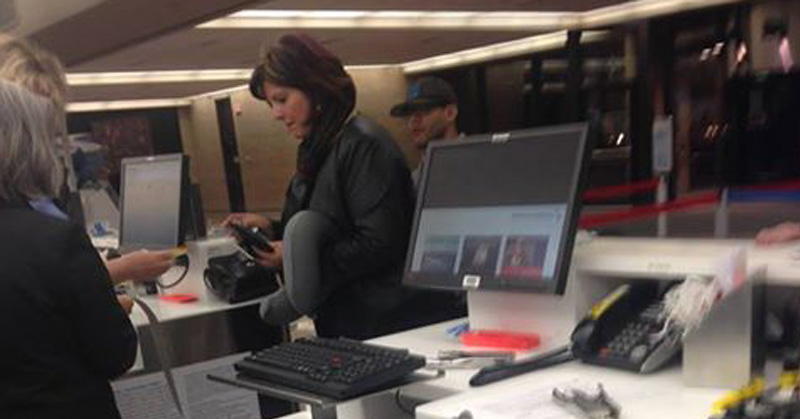 Photo Of Woman At Airport Goes Viral. When You Look Closer, You Will See Why!

A photo of a woman purchasing an airline ticket has gone viral for a good reason.  The photo’s caption recounts the touching story of a father who was checking in for a flight with his 2-year-old daughter when he found out some upsetting news.

Despite booking the flight prior to her birthday, the man was told that his daughter’s ticket would not be free.

“A gentleman was checking in for his flight when the agent asked how old his daughter was,” the post reads. “He said she had recently turned two. The agent then asked if she had a ticket. The man was confused because he was under the impression she could ride for free. (When he booked the ticket, she was one [year old], but her birthday was in January).”

The man was flabbergasted. He knew he couldn’t afford the high cost of a second ticket for his toddler daughter.
“He stepped aside and tried to make a few calls. Hugging his daughter and grabbing his head, you could tell he was heartbroken,” the post reads.

A woman nearby overheard the man’s dilemma. After speaking to him, she went to the ticket counter, pointed at the young girl and said, “I wanna buy her ticket.”

The agent, taken aback by this touching gesture, asked her if she was aware that a last minute ticket on the flight would be $749. The cost didn’t bother her.  She pulled out her credit card and paid the full price.

“The agent kept talking about her goosebumps while the man hugged the woman and asked for her name to repay her,” the post continued. “The woman just kept saying, ‘Don’t worry about it.’ She knew she wanted to help that man and his daughter no matter what the cost.”

On March 8th, the story of this woman’s good deed was posted on the Facebook site “Love What Matters”. The site gathers story submissions of strangers’ acts of kindness and love. The author urged others to share the story, stating that “people like this need to be recognized”.  And as of March 10, the post has gained more than 165 thousand likes and over 32 thousand shares. 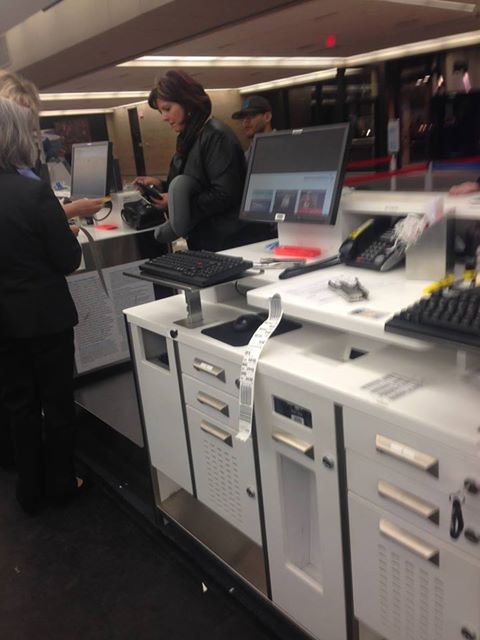 Hundreds of users commented how the touching story of the woman’s good deed had inspired them.

Though the woman wishes to remain anonymous, someone who claims to know her commented on the post and shed more light on who she is as a person.

“I won’t share who this lady is,” the commenter wrote. “But I do know her. …I know her family kids and grandkids get together frequently to discuss how they can use the abundance and blessings they get to serve and give back to others. She is an inspiration every time I see her and is constantly giving freely. She is so full of love for everyone and does what is needed without being asked.”