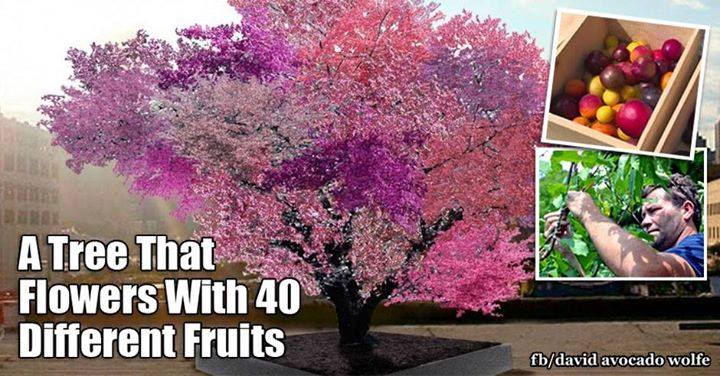 A mystical tree that produces 40 different fruits… sounds like a fairy tale. Well, there are sixteen fairy tale trees alive in the world today. 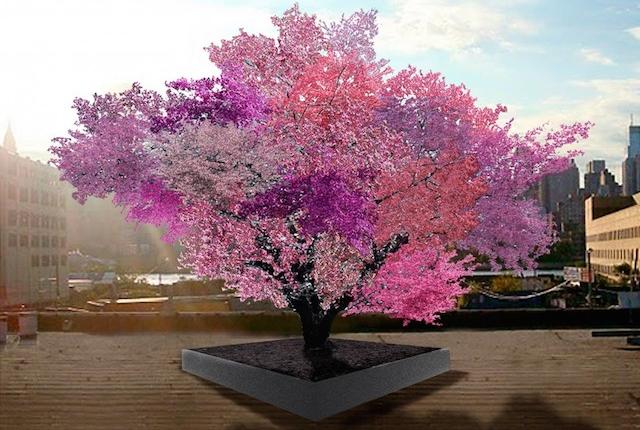 Throughout most of the year, they look like your average barren tree. However, come spring, dozens of awe-inspiring colors flourish and bring the branches to life, creating a blooming glow of mystic lusciousness.

The trees are part of a project by Syracuse University art professor Sam Van Aken, who created the trees as “artwork.”

“As the project evolved, it took on more goals,” Van Aken said in an interview with www.epicurious.com. “In trying to find different varieties of stone fruit to create the Tree of 40 Fruit. I realized that for various reasons, including industrialization and the creation of enormous monocultures, we are losing diversity in food production and that heirloom, antique and native varieties that were less commercially viable were disappearing.”

Van Aken selectively chose each of the fruits, ranging from peaches to plums, apricots, nectarines, and almonds. All based on their diversity and inter-compatibility.

The grafting process involved in making each of the 250 varieties of fruit takes roughly five years. Van Aken also visits each tree twice a year for pruning. The trees are found in museums, community centers and private properties in Massachusetts, New York State, New Jersey, Arkansas, and California.

Not only do these trees look like a work of art created by an enchanted existence; the fruit is entirely edible.

Check out the interview Van Aken conducted with National Geographic regarding his project and just what goes into grafting the fruits.