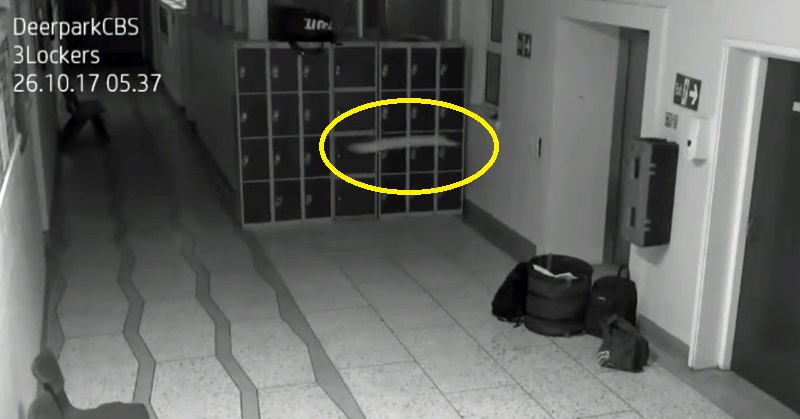 A new video has emerged of an apparently haunted school that has people questioning whether possible paranormal activity is taking place in its hallways.

The video has strange footage of a bag falling off a locker, a poster flying off a wall and a chair moving across the hallway . The video was captured at Deerpark School in Cork, Ireland after motion-activated cameras were installed in the building.

The video was recorded on October 26 at 5.30am and is the second the school has shared this month.

Deerpark CBS posted it on their Facebook page with the caption, “So this happened… NEW CCTV footage from Deerpark CBS.”

One student said of the post, “I am a student here, the vice principal did it for a joke and it got a lot of views so he did it again so he could try to get more.”

This is certainly a possible explanation.

The school even uploaded the clip to YouTube with the caption, “Haunting or Hoax? More CCTV from Deerpark CBS, the most haunted school in the world?”

Principal Kevin Barry said, “Obviously we were alerted to movement in the school and when we went back to review the movement that’s what we saw. It was in the middle of the night. We’re bemused ourselves, we don’t know [what it is].

Mr Barry claimed he didn’t know if someone was playing a “very well-designed prank” at the school, which dates back to 1828. “I’m a skeptic myself but we said we’d throw it up on our Facebook page, simply because we don’t know is this a prank or what? Is somebody playing games with us?”

The first time the actions of this “ghost” were caught by a motion-activated camera, the video showed a door at Deerpark School opening and closing seemingly of its own accord. The video also shows furniture rocking back and forth, and a locker bursting open and spewing papers onto the floor. 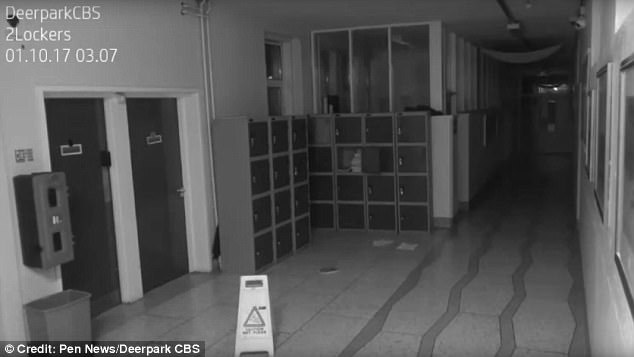 Barry stated that the school does admit, something strange is going on. “People do get from time to time a real chill in the air when they go past that area,” he said. However, the principal also remarked that he didn’t know whether or not someone was playing an extremely elaborate prank.

“It’s very interesting – one of my teachers brings his pet in with him but the pet never wants to go down that way. We’d often come across papers strewn about but we were never able to say what it was, we just assumed it was students that were doing it.”