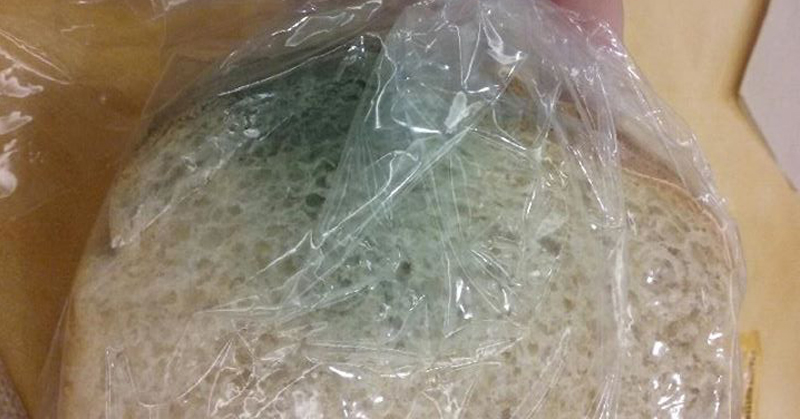 Mornings can be hectic, especially with children. When you’re trying to get everyone out the door on time with the right coats, shoes and backpacks, things are often forgotten. When a boy in Indiana forgot his lunch money at home, his school tried to pitch in. But his mother was shocked at what they gave him.

Amy shared a photo of the moldy sandwich on her Facebook page. She says her son found mold on both the outside and inside of the sandwich. When he told school staff members about the mold, he was given a replacement sandwich. Unfortunately, he was too afraid to eat it. 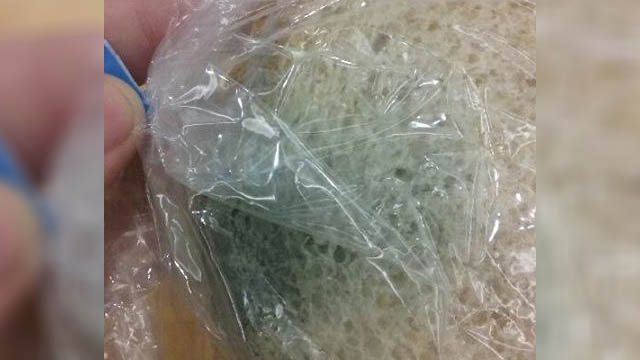 “I have no idea how someone could not see this was bad when handing it out,” Amy wrote. Her son told her that the same thing happened to a friend of his, about two weeks prior to his incident.

The Avon Community School where Amy’s son attends released a statement in response to the upset mother’s Facebook post. “We are grateful to be made aware of the situation and have reached out to the parents and apologized. This is an unacceptable human error and we are looking into it to ensure that this never happens again.”

This isn’t the first time students have been given moldy or undercooked food for their school lunches. Unfortunately, it’s been happening all over the country. A similar situation occurred in a Maryland school. Students shared photos on social media to display the shocking meals they were being fed for lunch. Some foods were covered in mold, while others were completely undercooked or expired.

Tamra Perry, a student at the school, explained, “I’ve gotten lunch where my mandarin orange has mold it. There have been incidents were the lunch lady had to collect our fruit cup because they were expired. Our milk has been expired. Open up apple juice cartons and it’s been green. It’s just disgusting.”