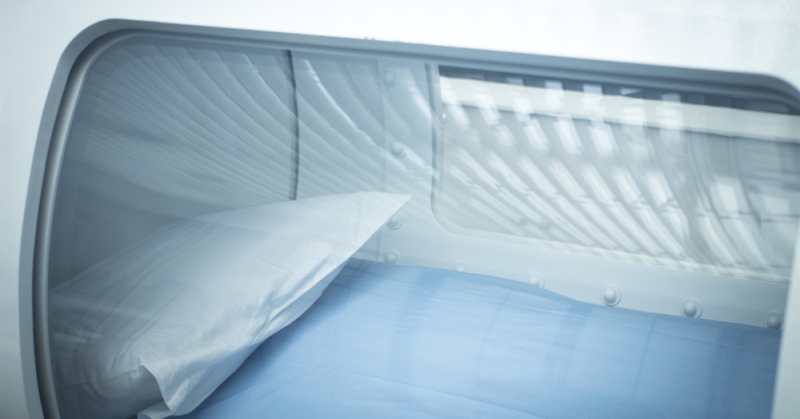 Hyperbaric Oxygen Chambers May Be the Answer for Fibromyalgia Sufferers

If you’re not quite familiar with fibromyalgia, it’s a chronic disorder characterized by widespread pain and diffuse tenderness, among other symptoms. Fibromyalgia can cause significant pain and fatigue, and it can interfere with a person’s ability to function within their daily routine. Research shows that people suffering from this disorder typically see several doctors before reaching a diagnosis, as many of the symptoms overlap with other conditions, making it difficult to diagnose.

It is estimated that fibromyalgia affects 5 million Americans aged 18 or older, and 80-90% of those diagnosed are women. The exact causes of the disorder are unknown, but there are a number of factors that are believed to play a role. Many people link it with a physically or emotionally stressful or traumatic event, some connect it to repetitive injuries, some link it to an illness, and for others, it seems to occur spontaneously. Researchers are still examining problems with how the central nervous system processes pain as a possible cause.

Fibromyalgia can be difficult to treat, often requiring a team of doctors, physical therapists and other health professionals… but there may be a new light at the end of the tunnel. 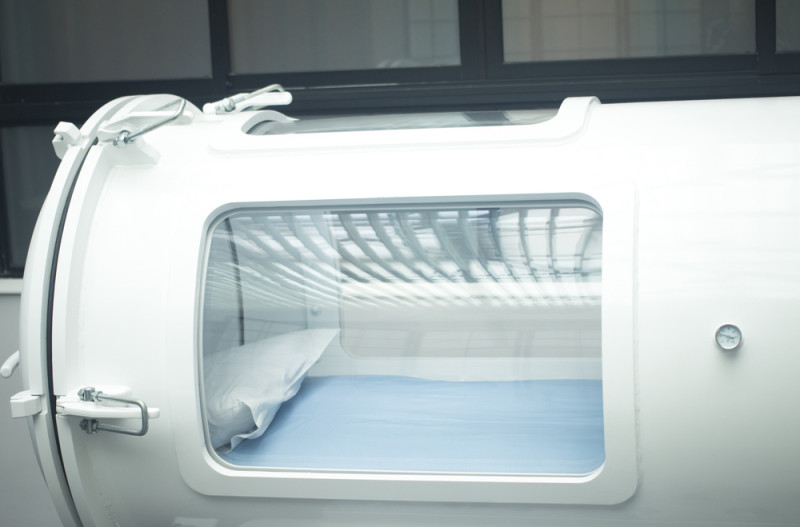 Hyperbaric oxygen therapy is a medical treatment that works to enhance the body’s natural healing process, and it’s being portrayed as a new option for the millions of women and men suffering from fibromyalgia. This type of therapy works by inhalation of 100% oxygen in a total body chamber, where atmospheric pressure is increased and controlled. A clinical trial concluded that the painful condition improved in 100% of the women who completed two months of the therapy. Brain scans conducted both before and after the treatment support the theory that abnormal conditions in pain-related areas of the brain may be the cause of fibromyalgia.

Researchers at the Sagol Center for Hyperbaric Medicine and Research at the Assaf Harofeh Medical Center and Tel Aviv University were studying patients with post-traumatic brain injury when they realized that hyperbaric oxygen treatment may be able to help patients suffering from fibromyalgia. Shai Efrati, head of research and development explained the results of the clinical trial. “Patients who had fibromyalgia in addition to their post-concussion symptoms had complete resolution of the symptoms.”

Hyperbaric oxygen chambers have been used to treat patients with embolisms, burns, carbon monoxide poisoning, and decompression sickness, along with other conditions. The chamber pushes more oxygen into the patient’s bloodstream, which delivers it to the brain.

While the findings are a huge step in the treatment of fibromyalgia, it may not be a one-time-cure-all. Some patients will most likely require follow-up sessions. Efrati said, “The abnormalities in brain regions responsible for the chronic pain sensation in fibromyalgia patients can be triggered by different events. Accordingly, the long- term response may be different… We have learned, for example, that when fibromyalgia is triggered by traumatic brain injury, we can expect complete resolution without any need for further treatment. However, when the trigger is attributed to other causes… patients will probably need periodic maintenance therapy.”

Hyperbaric oxygen therapy is a safe and natural alternative treatment for those suffering with the chronic pain of fibromyalgia.  For more information, check out the video below.