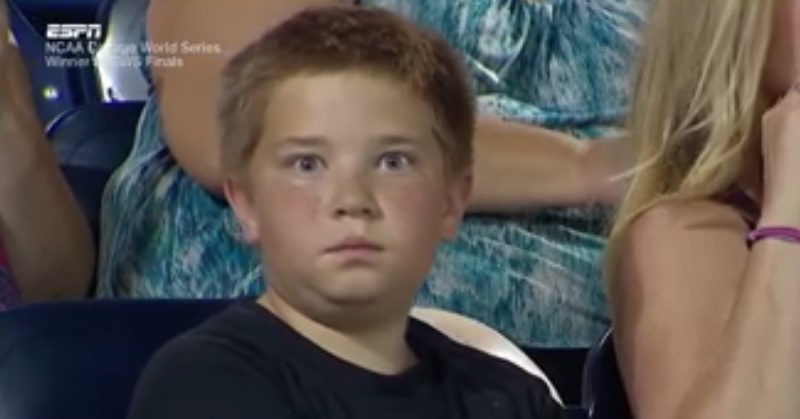 It was the bottom of the 7th inning at a College World Series baseball match. The game was tense as the TCU Horned Frogs tried to keep the Coastal Carolina Chanticleers’ three-run lead at bay.

As the pitcher wound up for a throw, a camera scanned the audience, eventually focusing on a woman intensely watching the game.

Beside her sat a young boy. It took a moment for him to realize he was on camera, but when he did, he knew exactly what to do.

It looked like he had spent the past several months practicing for his performance that day. It sure caught the anchors by surprise. Within seconds, they were laughing.

The boy’s act continues for a solid 90 seconds before the woman beside him realizes what’s happening. When she does, she bursts out in laughter, too!

ICYMI: There was an EPIC stare down last night at the CWS!

What do you think of the boy’s reaction? Share this post to put a smile on someone’s face!