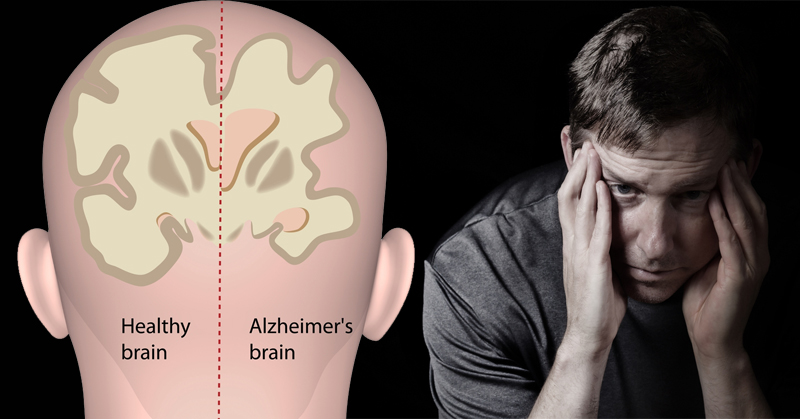 Alzheimer’s disease is among the top 10 leading causes of death in the United States. Stroke, which can cause dementia, also appears on this short list, as well as suicide, which is often linked to depression. In fact, these conditions are not very different.

Not surprising, then, their treatment plans don’t differ much either. They often involve medication. Of course, medication comes with its own list of possible side effects, and both Alzheimer’s disease and dementia have no known cure.

Therefore, prevention plays a very important role in health. In fact, taking preventative measures can keep your body healthy and help ward off illness and disease. Specifically, eat a well-balanced diet full of whole foods, exercise regularly, and drink plenty of water. These steps can help put you on the right track. But remember that there are also several herbs that can help you take prevention a step further.

Ginkgo, one of the world’s oldest living tree species, is an amazing herb. For example, studies have shown that ginkgo improves blood circulation by opening up blood vessels. This can help keep your memory sharp, thanks to improved blood flow to the brain. Research suggests that ginkgo may help protect nerve cells, which Alzheimer’s disease damages. Ginkgo has been shown to improve thinking, learning, and memory, and it makes daily activities easier to perform. Studies have also linked ginko to improved social behavior and fewer feelings of depression.

Turmeric is arguably one of the most beneficial spices for the human body. It’s a powerful anti-inflammatory with strong antioxidant properties. Curcumin, the active compound in turmeric, has been shown to increase cognition in humans. This can help prevent cognitive disorders including dementia and Alzheimer’s. The powerful antioxidant and anti-inflammatory properties in turmeric also help to reduce inflammation, lower oxidative stress and reduce cell death – key to preventing Alzheimer’s and even stroke damage.

Ashwagandha is not only a powerful stress reliever, it can also help protect the brain from degeneration. It has been shown to improve symptoms of Alzheimer’s, depression and anxiety. The powerful antioxidants in ashwagandha work to destroy free radicals that cause the brain to age. Ashwagandha can also help naturally improve your mood. In one 12-week study, researchers compared ashwagandha to common pharmaceutical drugs lorazepam and imipramine. They found that the herb resulted in much greater improvements in anxiety, focus, reduced stress and decreased fatigue.

Research shows that ginseng stimulates brain cells to concentration and cognitive abilities. When scientists studied the effectiveness of ginseng on the cognitive performance of patients with Alzheimer’s disease, they found that the patients showed improvements after ginseng treatment. Ginseng is also known to improve mood and mental function, suggesting it may be a natural remedy for chronic stress, anxiety and depression.