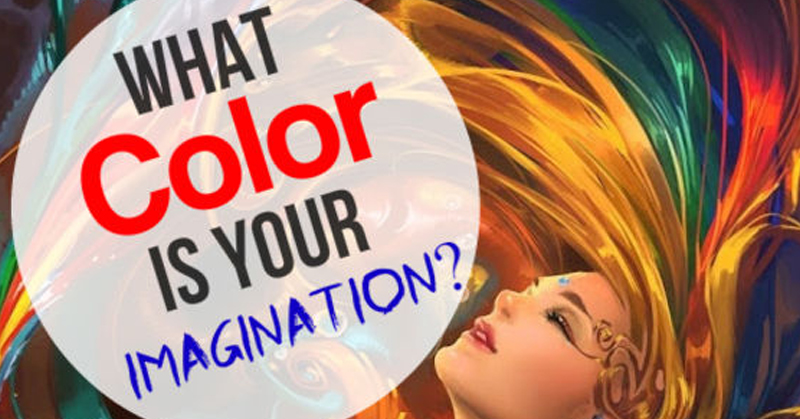 What Color Is Your Imagination? This Quiz Will Reveal The Answer!

Out of all the color-related personality quizzes you’ve taken, perhaps you have yet to take one like this!

This particular quiz will tell you the color of a fascinating part of who you are—your imagination.

We all have imaginations. And some of us are informed we have  “an overactive imagination”, while others hear  “let your imagination run wild!”

Imagination itself is an intangible thing, but when applied to mediums such as art, literature and film, it takes on life. And, if you use your imagination, perhaps imagination could also take on particular colors.

Some imagination is fun and frivolous, like perhaps that of Walt Disney, while other is peculiar and edgy, like maybe that of Tim Burton.

And then there are those who have an imagination that is more scientific and industrial, like, perhaps, that of Steve Jobs.

What color, I wonder, would their respective imaginations be?

And what color is your imagination? Take the quiz now to reveal the answer!