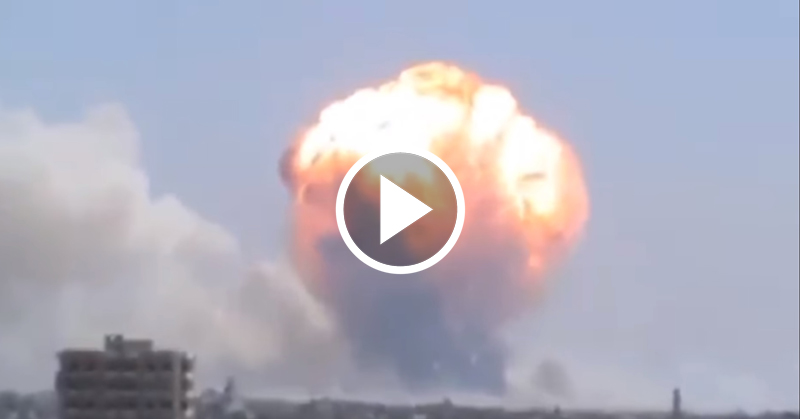 A massive car bomb struck the diplomatic center of Kabul, Afghanistan early Wednesday morning. The blast happened near Zanbaq Square, a highly-fortified area near multiple embassies and the Afghan prince’s palace at 8:35 local time (12:25am ET).

Over 350 have been injured and 80 people, so far, have died. Most of the victims are civilians. No terrorist group has taken responsibility for the attack at this time. Also, the target of the attack is still unknown.

Former President Hamid Karzai has this to say about the attacks:

I condemn in the strongest terms the terrorist attack in #Kabul today which killed & wounded many of our compatriots.This was an inhuman…

… terrorist act carried out by the enemies of peace & stability of Afghanistan. Extending heartfelt condolences to the families of those..

… killed in the attack and wishing a speedy recovery to those wounded in this brutal #attack.

Footage of the explosion can be seen below:

WARNING: THIS FOOTAGE IS DISTUBING

The explosion left a giant crater in the middle of the street.

This photo of the crater caused by the massive blast in #Kabul can give you an idea about the magnitude of #KabulAttack. Photo @ArianaNews_ pic.twitter.com/tId1g9UFpL

More information will be coming in.

A massive explosion went off during the morning rush hour in the Afghan capital, killing and wounding scores and damaging some foreign embassy buildings. http://reut.rs/2rU0PR7