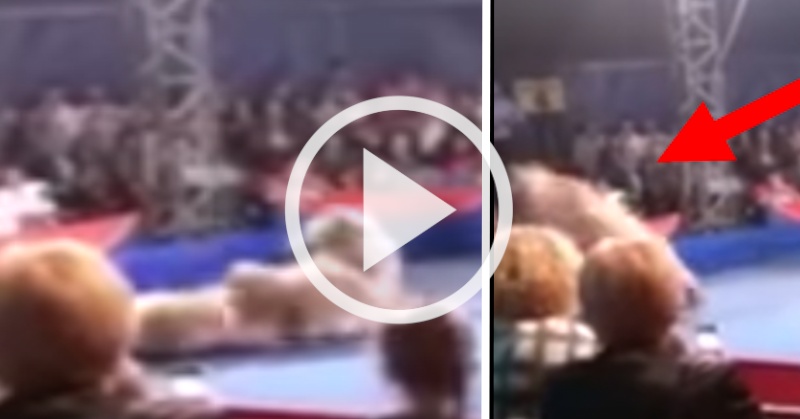 A family-friendly circus show suddenly turned to terror as one of its main attractions—a large bear—leaped into the audience, injuring multiple people, many of which were children.

The incident was captured on video, including the horrified screams from parents and kids alike, shocked as the massive brown bear broke its act, lunging forward in a split second to attack onlookers. (scroll down for video)

Screaming penetrates the circus tent as people scramble for safety, clutching their children as they run outside. 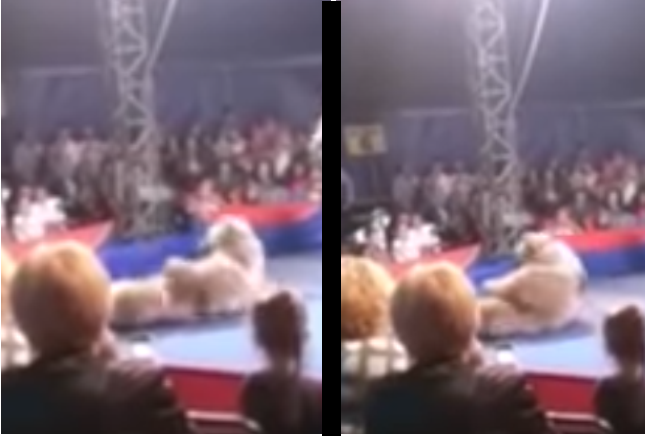 Reports say that children were the primary victims, though no deaths have been confirmed as of yet.

The event was titled “Circus on Ice”, hosted in north-central Ukraine, and despite the carnage, employees say there will be more show dates. 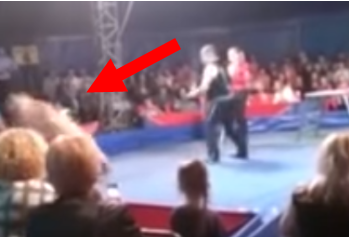 Costs of admission are being refunded to all audience members who witnessed the attack, though this will likely fail in preventing numerous lawsuits.

Reactions to the attack are mixed, with some people accusing anyone of paying to see captive animals perform as “sick.”

If I hear that people are ‘terrified’ of something again I think I will scream. I bet they weren’t half as terrified as that poor bear. Anybody who goes to watch captive animals ‘performing’ for their entertainment is utterly sickening and does not deserve to be called human.

Another person suggested the crowd got what it deserved, hoping “they all learn that cruelty to animals isn’t entertainment.”