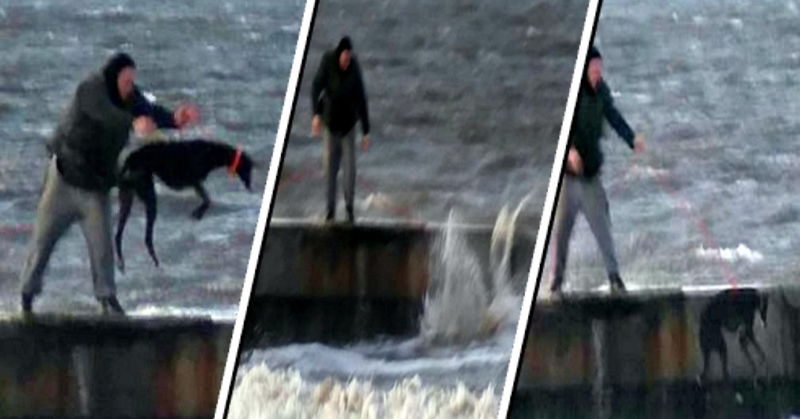 Animal welfare charity RSPCA have launched an investigation after cruel images surfaced of a man continuously throwing a helpless greyhound into the icy ocean.

The vicious act took place on Thursday 2nd November in Hartlepool, County Durham (UK) and the organisation is urging anyone with information to come forward.

One witness described “seeing three men with nine muzzled greyhounds walking towards the pier in Hartlepool.”

Most shockingly: one of the men was reeling the dog by the leash back to land, to then throw it back out to sea: 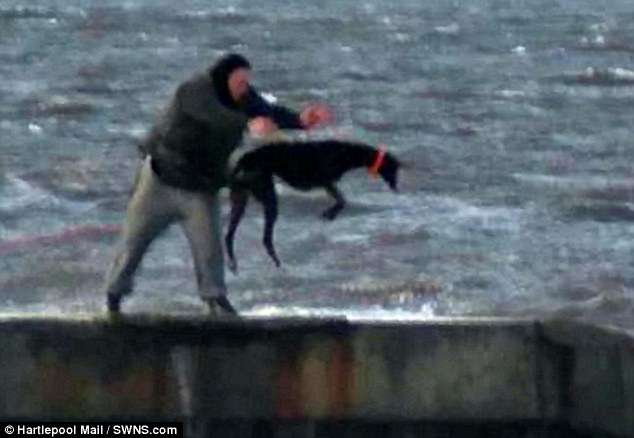 Have we found this man yet? @RSPCA_official

If you have any information which could help the investigation, contact 0300 1234 999 pic.twitter.com/9CjqS2zA4z

“They were being carried out to the end of the structure and unceremoniously flung in from a height of about 4ft and a distance, through the air, of 6ft.

“The waves were quite strong and my first thought was, once they had surfaced, what if they were propelled by the crashing waves into the rusting sides of the pier?

“There was a significant number of dogs in the group and it appeared that they were being taken out one by one.”

As the man’s identity and whereabouts remain unknown, inquiries are still being made to find the culprit(s).

A public spokesperson for the RSPCA said:

“We are still making inquiries after we received a concerning report that a group of men with a number of dogs were seen in Hartlepool repeatedly throwing one of the dogs – a greyhound – into the water on Thursday, November 2.

“An inspector launched an investigation and attended the scene, but the group were no longer there.

“Since then we have been contacted by a member of the public who provided photos of what appears to be a man throwing the dog into the water.

“These images are very distressing and we would urge anyone who may have witnessed this, or may have more information which could help an investigation, to contact us on 0300 1234 999.” 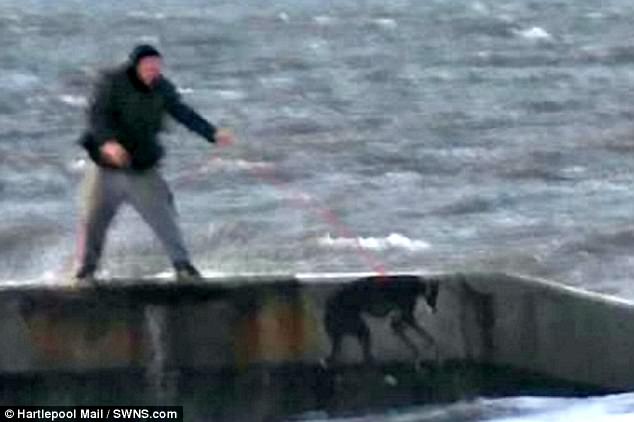 An inspector attended the scene but the group were no longer there. We are still making enquiries and are asking that anyone who may have witnessed either of these incidents, or may have more information, should contact us on 0300 1234 999.

Head of Greyhound Rescue North East, John Stephenson expressed his disgust after hearing about the incident, declaring, “I have never heard of anything like this before, there is just no logic to it. Why on earth would anyone throw a dog into the sea like this in freezing cold conditions, it is just stupid.”

You Can Watch The Shocking Footage Here: