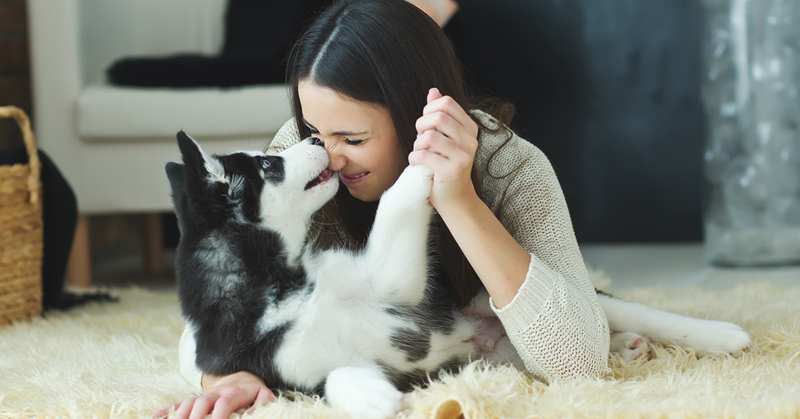 Business owner, Greg Buchanan, appeared on This Morning to talk about a hot new trend called “pet-ternity leave.” This fairly new concept also goes by the names of “paw-ternity” leave and “pup-ternity” leave. If you didn’t guess, it’s similar to parental leave, but it pertains to your pet.

And Buchanan says he offers his employees up to three weeks of leave to care for their new animal companions.

While some people think leave for pet care is a good idea, others say it’s a ridiculous notion.

The truth is, pet care can be hard work. And for many, pets are more than “just animals”, they are members of the family. …Hence such terms as “fur babies” and “four-legged kids”.

And puppies need time to settle into their new environment, including bonding with their owners. They also need to be let outside several times during the day, both for bathroom time and exercise.

Greg Buchanan is part of group of bosses who has offered their workers pet-ternity leave. And it’s starting to catch on. Research from Petplan showed that 5% of owners have been offered paid leave from their job to adjust to their pet owning duties.

Pet owner and features editor for the New York Post, Lindsay Putnam, has a few thoughts on the topic.

“It’s not just because I want to stay home and cuddle on the couch with my new feline (which I do). When I adopted Jameson, he was 6 years old and had spent the previous year of his life in an animal shelter. He was suffering from several health problems after being neglected by his previous owner — and was skittish, nervous and uncertain about why he was suddenly being transported to a strange new home.”

However, when employees are already allowed time off to care for their human children, pet-ternity leave just adds to the extra demands put on other employees.  They’re left to pick up the slack.

But does that mean that pets should be treated as mere afterthoughts or second-class citizens? Is the concept of pet-ternity leave completely unwarranted? Greg Buchanan certainly doesn’t think so.

Watch the Greg’s interview on “This Morning”: