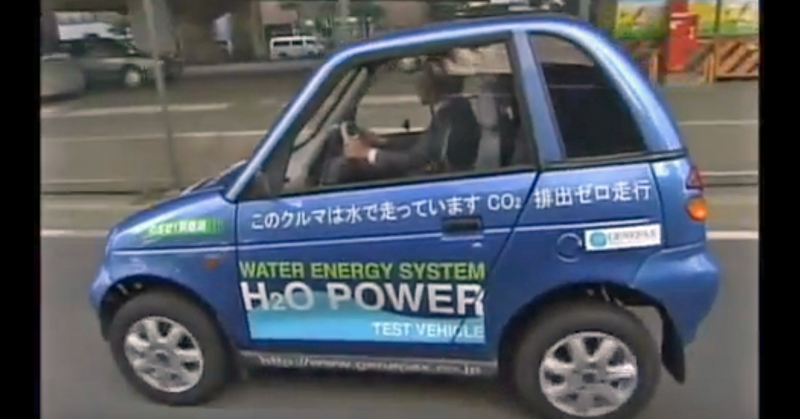 Why We Never Hear About Water Powered Cars: The Killing Of Alternative Fuel Sources

For decades, many inventors have claimed that they’ve discovered what is widely believed to be an impossibility – a fully functioning water powered car.

Stan Meyer, Denny Klein, and others have all made the claim that they have invented cars which can run solely on energy derived from a form of water hydrolysis.

These inventors claim that this form of water hydrolysis can produce enough energy to power a car, a house, and even an entire city.

Water fuel technology supposedly breaks down water molecules into oxygen and hydrogen. The hydrogen molecule is then burned to create energy for the car; a process which ultimately results in the new formation of water.

Here is a local news report of Stan Meyer showing off his water powered car.

Stan Meyer died in 1988, after running out of a restaurant shouting, “They poisoned me.”

Denny Klein also was interviewed by a local news reporter for his water powered car.

In 2008, a Japanese company called Genepax unveiled their water powered car. A year later, the company was shut down claiming they were out of money.

If water power is real, would oil companies resort to killing or bankrupting inventors to keep their product valuable? Would any countries have been willing to exploit this technology by now anyway?

A car made partially out of hemp created by Henry Ford may have been killed by chemical companies, so the incentive for oil companies to suppress water powered cars is unimaginable.

Sources:
We Are Change
The Angry Historian