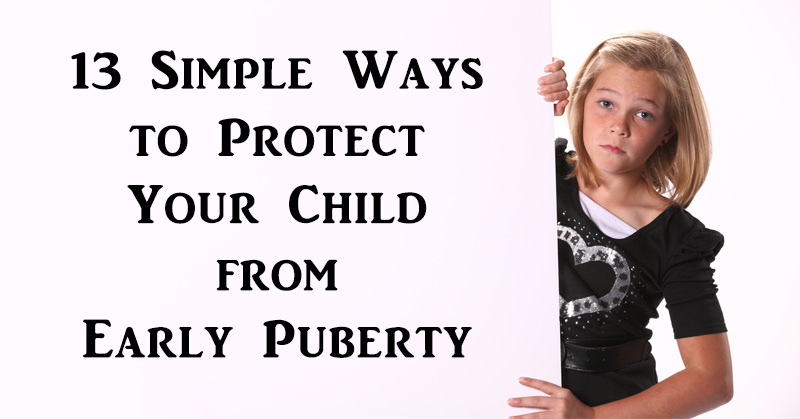 13 Simple Ways to Protect Your Child from Early Puberty

Puberty appears to be coming earlier and earlier for some girls. Is this the new normal? Unfortunately, both boys and girls are at risk of early puberty.

According to Environmental Health Perspectives, at the turn of the 20th century, the average age of puberty in young women was 16 to 17. Now it is less than 13. Many people seem to pass this off as the new normal, but some researchers are concerned. (1)

One study, outlined in the Toronto Sun, links the consumption of sugar-sweetened beverages to early puberty. (2)

“Our study adds to increasing concern about the widespread consumption of sugar-sweetened drinks among children and adolescents.”

“The main concern is about childhood obesity, but our study suggests that age of first menstruation (menarche) occurred earlier, independently of body mass index, among girls with the highest consumption of drinks sweetened with added sugar.” (2)

However, although sugar intake may play a role in puberty onset, endocrine-disrupting chemicals are likely the biggest factor.

Endocrine disruptors are chemicals that may interfere with the body’s endocrine system and produce adverse developmental, reproductive, neurological, and immune effects in both humans and wildlife.

Some of these chemicals include 2, 5-dichlorophenol or 2, 5-DCP. 2, 5-DCP is a metabolite of 1, 4 dichlorobenzene or paradichlorobenzene, which is a chemical found in moth balls, toilet bowl cleaners, room deodorizers, and other typical household cleaning products. Elevated levels of this chemical are associated with early onset menstruation. (3)

BPAs (phthalates) and BPSs (bisphenols) found in plastics also play a role in hormones and their effect on puberty. The human body cannot metabolize these components and the chemicals found in them can have an adverse effect on weight and the timing of puberty. (4)

According to a pamphlet from Beyond Pesticides, endocrine disruptors cause the most harm by doing the following: (5)

Early puberty plays a huge role in the mental and physical health of a young woman later in life.

Psychologically, people treat young girls who mature early as if they are older. Older boys hit on them. Unfortunately, they are also more likely to suffer sexual harassment. This is all at an age where brain development is still taking place.

“The brain is highly plastic, and stressful experiences like these take their toll. Early-maturing girls are more likely to smoke cigarettes, they are at high risk for substance abuse, and they have higher rates of eating disorders.” (6) 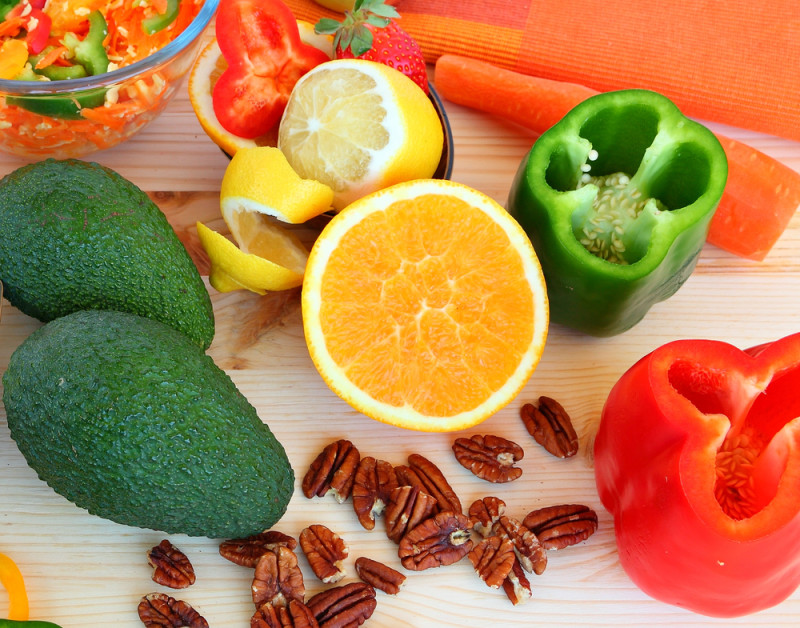 Dr. Mercola suggests the following to keep endocrine disruptors away from a developing child: (8)

Following these tips may counter early puberty in a child, but they may not. Genetics also play a role, and it is hard for parents to control the greater environment their sons and daughters experience.

Check out these natural remedies for signs of early puberty.