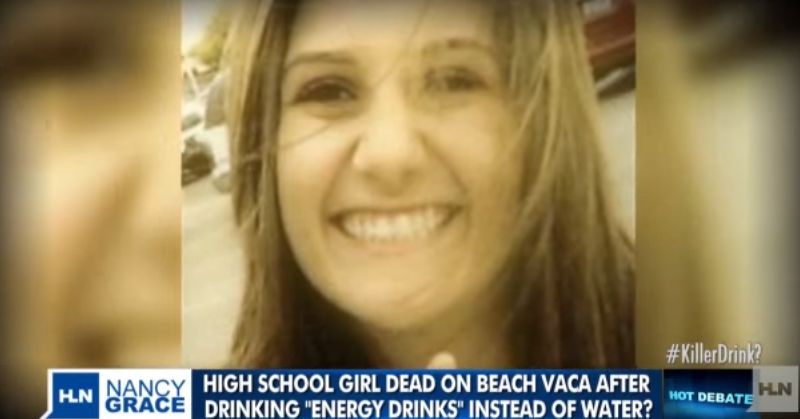 Energy drinks are now a common staple among most Americans. They are found everywhere, and there are no limits on who can purchase them. People drink them like water, mix them with alcohol, or use them as a quick pick-me-up.

When I was working 10 hour days at the pool and taking care of my 6-month old son, keeping my energy up was difficult. I decided, one Friday, to drink half a can of Monster to keep my energy up. What followed was the scariest experience of my life. My pulse raced, and I became oddly OCD. I found a butter knife in the lifeguard office and proceeded to scrape all the old gum and other sticky stuff off of the pool deck. It took me a half an hour, and the pool deck looked fantastic. I, however, felt like crap.

It is this experience that leads me to believe that energy drinks are extremely dangerous, and I am not surprised that excessive energy drink consumption has been linked to the sudden death of a 16-year-old girl.

In June of 2014, Lanna Hamman of Arizona was on vacation in Mexico. She was spending some time with her friends on the beach and drinking her favorite beverage, Red Bull. According to her friends, she drank no water. As the day progressed, she started to feel strange and then suffered a sudden heart attack. It is believed that the high amounts of caffeine she consumed and dehydration are what caused the heart attack.

According to Caffeine Informer, overconsumption of energy drinks can lead to:

It is easy to see how energy drinks affect the heart. Cardiologist Jack Wolfson stated to Arizona news station KSAZ Fox 10 that “There is medical evidence that these things do harm, they can cause changes in the heart rhythm, and impact blood pressure.”

These drinks are targeted to young people, but no one should be drinking them. I have not touched one since that single experience.