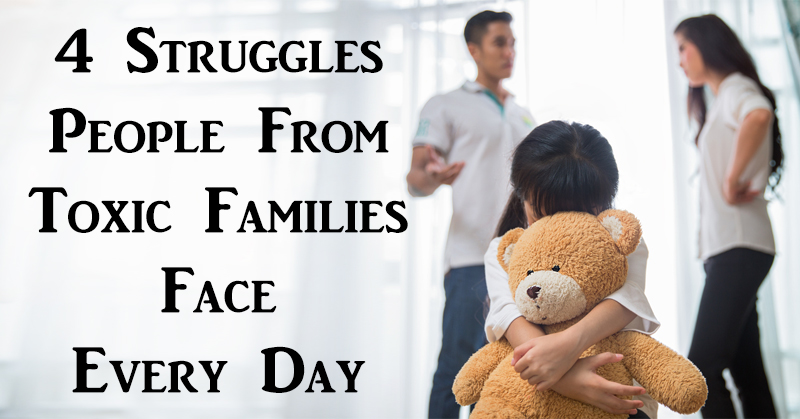 The experiences you had when you were a child have a way of staying with you throughout your adult life. If you grew up in a toxic environment, chances are you’ve been through a lot. You’ve learned to keep people at a distance to protect yourself from getting hurt. You may have even made the decision to cut ties with your family when you went your own way. Even if you cut off communication, the emotional scars stay with you.

According to a study conducted by Dr. Giovanni A. Salum, children who come from dysfunctional families are more likely to suffer from mental health problems. These problems are typically caused by internalizing or externalizing the conflicts experienced during childhood. If you grew up in a toxic family, there’s no doubt you’ve overcome many obstacles in your lifetime. But growing up in a toxic environment can cause you to face certain struggles for the rest of your life, including mental health.

Here are four serious struggles people who come from a toxic family face every day:

Anxiety is one of the most common mental health issues in the United States, and it has a specific link to toxic households. According to a study from Ben-Gurion University of the Negev in Israel, a “significantly higher” percentage of adults with generalized anxiety disorder come from families with dysfunctional households. You may have witnessed abuse, experienced abuse yourself or you were left alone for long periods of time. Maybe you weren’t permitted to try new things, be creative or explore, or you were punished every time you failed. Whatever type of toxic environment you grew up in, the experiences from your childhood can end up causing anxiety that stays with you as you age.

2. Trouble Communicating and Interacting With Others

If you grew up in a toxic family, hugging or being emotional may have been completely off the table. As you get older, this can make it difficult to communicate and interact with others, including being physical or having a strong emotional connection with someone. You’ve learned not to let people get close to you, which is a hard habit to break. A psychological study from Texas Woman’s University found, “Adults raised in dysfunctional families frequently report difficulties forming and maintaining intimate relationships, maintaining positive self-esteem, and trusting others; they fear a loss of control, and deny their feelings and reality.” In order to let someone get close to you, you have to trust that they aren’t going to hurt you, which is much easier said than done. 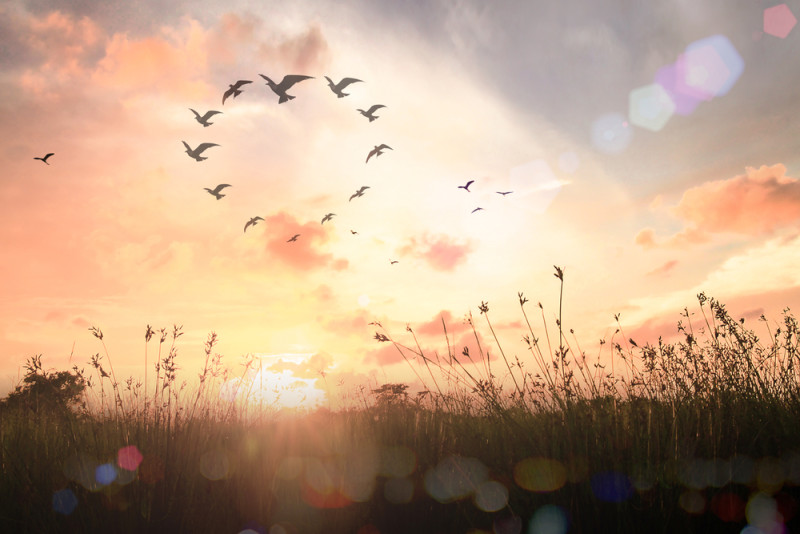 If you grew up with toxic parents, the way you viewed things around you wasn’t the way your parents viewed things. Maybe you were constantly being accused of something you never did then being punished for it, or you remember a certain even that your parents say never happened. Your family’s warped view of reality can end up causing you to question your own thoughts and beliefs. It can become difficult to decipher what’s real and what’s not. According to Texas Woman’s University, “In most dysfunctional families children tend to learn to doubt their own intuition and emotional reactions.” Trusting your own thoughts, feelings and beliefs can become a daily struggle.

4. Having A Critical Inner Voice 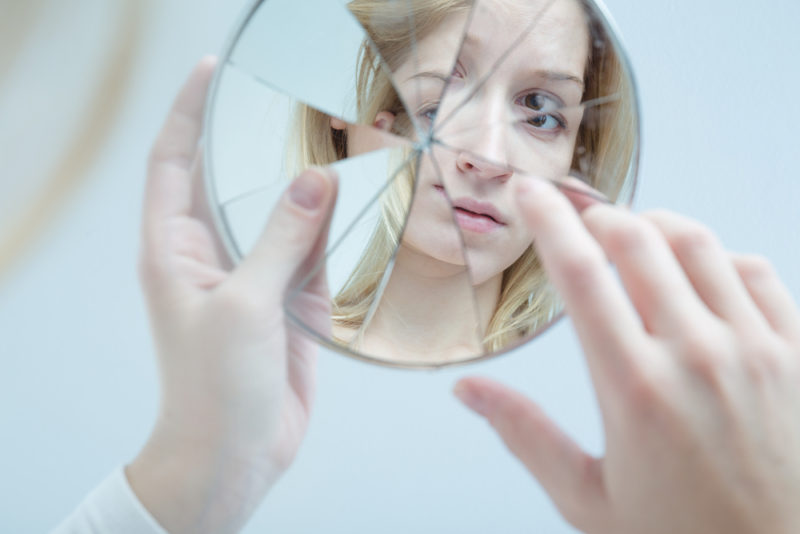 Growing up in a toxic environment very rarely warrants you the love, support and emotional connection you need as a child. Without those foundations, it’s almost impossible to build a strong sense of self-esteem. If you suffered abuse, your parents may have told you that you weren’t good enough, you were a failure or you were worthless. Even if they didn’t use those words, there are plenty of ways those messages could have been conveyed to you. These feelings deplete your sense of self-esteem, leading to a harsh, critical inner voice. This can cause you to be extremely hard on yourself in all things, whether it’s school, work or relationships. People who grow up in a toxic environment often face a constant struggle with self-confidence.