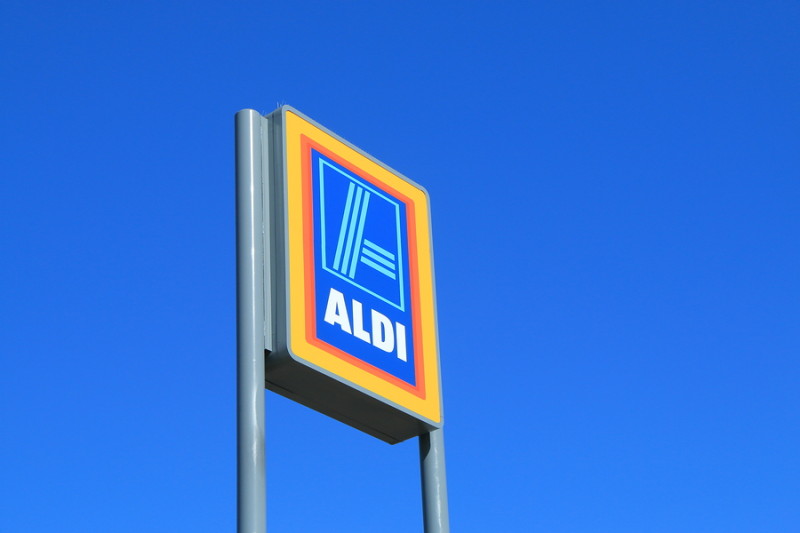 Aldi – The Chain is Rivaling Whole Foods, and Health Nuts are Loving It!

When Business Insider magazine says Whole Foods should be terrified of Aldi, it is time to pay attention. An announcement by the German supermarket chain was made on January 1st. Beginning ASAP and affecting all their US stores, the following pesticides will no longer be allowed on fruits or vegetables:

What a way to start the new year!

Aldi has now become the first major retailer in Europe to ban pesticides to be known as toxic to bees from all produce in their stores. Apparently, public pressure won out again, and Germany is ahead of the curve. To-date, toom Baumarkt DIY, a German hardware-type store will no longer allow “any product that contains this endocrine-disrupting chemical concoction, and as of today, no such products can be re-ordered from their stores,” reports Natural Society. Some of the largest garden retailers in the UK, including Homebase, B&Q, and Wickes, have also voluntarily stopped selling neonicotinoids. The bees will be so happy.

If you remember, we covered the EPA’s study on how dangerous neonicotinoids are to bees. These pesticides have been proven to cause bee reproduction, navigation, and foraging issues as well as suppression of their immune systems. It would be fantastic to see the American government ban them as well, but it has yet to happen. Requests, demands, marches, wisdom — and proof from the EPA — have all been ignored.

However, we can champion Aldi. Not only has Aldi banned the pesticides, but they are also doing much, much more for their customers:

They became one of the world’s largest food retailers by offering low prices, and with these new decisions, they are repositioning themselves. Their prices on fresh produce and packaged goods are already around 30% lower than Walmart’s, but this makes them a force to be reckoned with. They will be able to better compete with not only Whole Foods but also Kroger.

While they currently have about 1,500 stores in the U.S., there are plans to open about 500 more stores in the next two years. Personally, I hope that it will force more stores to make these changes as well, or lose out on profits and customers.

Yes, you’ll still have to use a quarter (which you get back) to use a shopping cart when you shop at Aldi, and you’ll have to bag your groceries. Also, you will have to look at all the products displayed in their shipping cartons (this makes restocking quick and very simple). However, you’ll save a ton of money and have access to clean food for your family. I think the trade-off is more than worth it.

Erin Elizabeth is a long-time activist with a passion for the healing arts and has worked in that arena for a quarter century.  Her site HealthNutNews.com is less than two years old but has already cracked the top 20 Natural Health sites worldwide.  She is an author, public speaker, and has recently done some TV and film programs for some of her original work that have had international media coverage. You can get Erin’s e-book for free here and also watch a short documentary on how she overcame vax injuries, Lyme disease, a significant weight gain, and more. Follow Erin on Facebook, Twitter, and Instagram.

P.S. You can subscribe to her Youtube Channel for breaking news, free blenders, giveaways and more. The full original article can be found here.