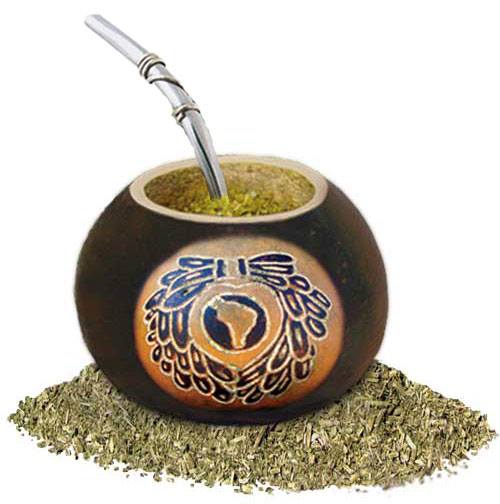 I was first exposed to yerba mate through my friends at the Guayaki yerba mate company around 2002. Today, they produce many wonderful shade-grown yerba mate products and ready-made drinks. What a gift! This is a valuable herb to the working and thinking classes of our world.

Yerba Mate has come in handy many late nights. Its my favorite party beverage (as I don’t drink alcohol, energy drinks, nor soda pop). The stimulating properties of coffee never quite agreed with me like yerba mate agrees with me. Just take a healthy pinch of the yerba mate herbal material (consisting of dried leaves and stems), put the material in hot water or simmer a tea, pour in a coffee cup or mate gourd and you are off to a long, strong day or night. 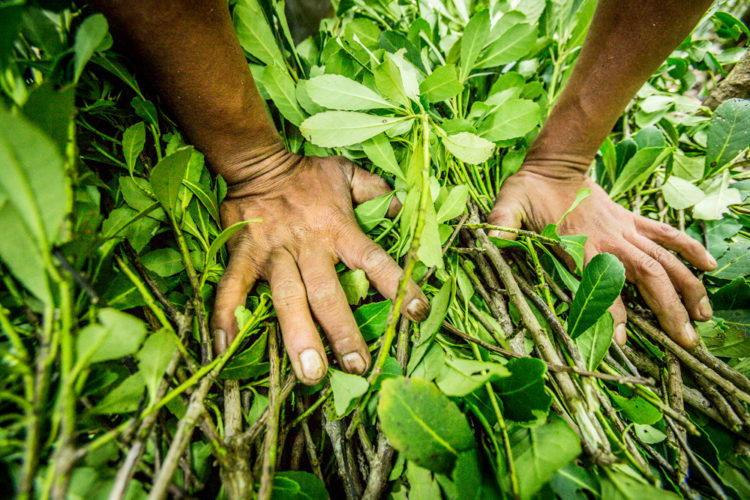 What is Yerba Mate?

Yerba Mate (yer-bah mah-tay) is a nutrient-rich plant, in the holly family, indigenous to the South Atlantic Rainforests of Nations in South America including: Argentina, Uruguay, Paraguay, Brazil, Bolivia and Chile. It has been used as the foundation for herbal remedies in South America for centuries. Mate (pronounced mah-tay) has been regarded as, “The Drink of the Gods” by indigenous peoples and “Green Gold” by Europeans when they arrived. The stimulating leaves of this plant contain a plethora of health benefits (if mate’s stimulants agree with your metabolism); yerba mate may work better for you than coffee as an early morning, energy drink or “stay up all night” beverage.

Each infusion of yerba mate contains:

According to mainstream science, Yerba mate contains three xanthine alkaloids: caffeine, theobromine and theophylline, the primary one being caffeine. Wikipedia gives the caffeine content as between 0.7% and 1.7% of dry weight yerba mate; compared with 0.4– 9.3% for tea leaves; 2.5–7.6% in guarana; and up to 3.2% for ground coffee); theobromine content varies from 0.3% to 0.9%; theophylline is present in small quantities, or can be completely absent. 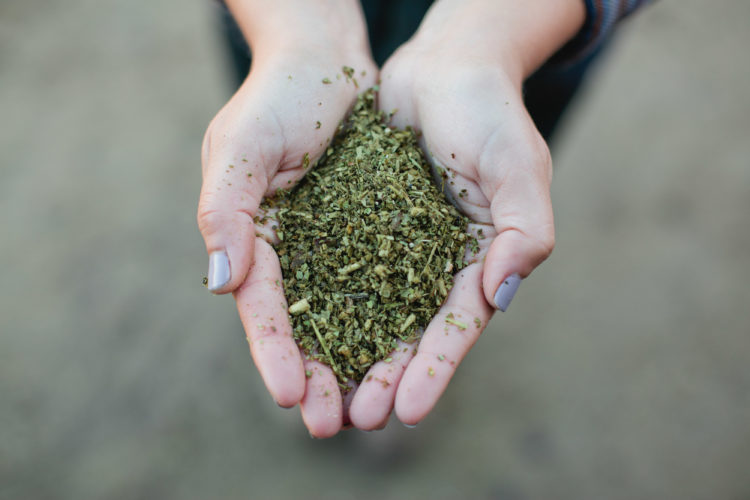 I quote from the booklet South American Herbs by Daniel B. Mowrey, PhD on page 4 under the section “YerbaMate and the Xanthine Alkaloids”:

“The xanthines draw a lot of attention because they number among them some traditional nasties, chief of which is caffeine. Others are theophylline and theobromine. All of the xanthines have a similar stereo-chemistry but each has its own unique set of properties. For many years, and even now in some sectors, yerba mate was (is) thought to contain caffeine. It turns out that mateine is not identical to caffeine; it differs from caffeine in some rather dramatic ways.

Chemical assays on mate have traditionally looked for caffeine. In such tests mateine, being a simple stereoisomer of caffeine, would test positive.

Mateine appears to possess the best combination of xanthine properties possible. For example, like other xanthines it stimulates the central nervous system; but unlike most, it is not habituating or addicting. Likewise, unlike caffeine, it is a mild (not strong) diuretic, as are many xanthines. It relaxes peripheral blood vessels, thereby reducing blood pressure without the strong presser effects on the medulla and heart exhibited by some xanthines. We also know that it improves psychomotor performance without the typical xanthine-induced depressant after effects. Dr. Jose Martin, Director of the National Institute of Technology in Paraguay, writes, ‘New research and better technology have shown that while mateine has a chemical constituency similar to caffeine, the molecular binding is different. Mateine has none of the ill effects of caffeine.'”

Let’s help you put yerba mate into perspective. First, its vitamin content is higher than that of green tea. Second, its antioxidant content is equal to green tea and is only beaten by green tea in green tea’s broad spectrum of rare alkaline trace minerals. Third, Mate is a powerful alternative to the high of coffee. Lastly, due to lower acidity (tannic acid), it provides a clean, sustainable energy without the crash or jitters, probably due to the mateine effect.

It also gives the euphoria and love effect of chocolate (and goes great with cacao powder or any almost other form of chocolate), as the theobromine facilitates an opening the heart.

Caffeine, a xanthine, is a stimulant and nutrient driver. Yerba mate contains an abundance of xanthines. And xanthines (as a category of chemicals) are, in general, great dilators. They are carriers. So I love to mix yerba mate with chocolate and then use those to carry in the medicinal compounds found in reishi and chaga mushrooms.

When I have to have the energy to get me from 2am to 5am (when I have an early morning flight but still writing and work to accomplish) I brew up some yerba mate with chaga mushroom or reishi mushroom.

For example, I will brew yerba mate and chaga tea. Then use that hot tea as a base. One liter of that base hot tea will be blended into:

In a NutriBulletRx pitcher, add those ingredients and then add the hot yerba mate and chaga tea. Then blend and serve. 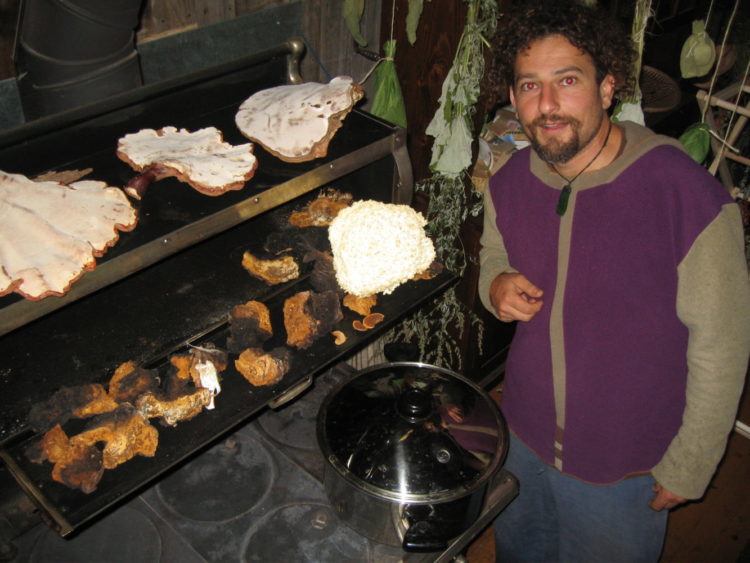 The dense nutritious components of Yerba Mate are interconnected and work together to catalyze holistic health and well-being. Studies(1) have shown that drinking mate can provide the following benefits: 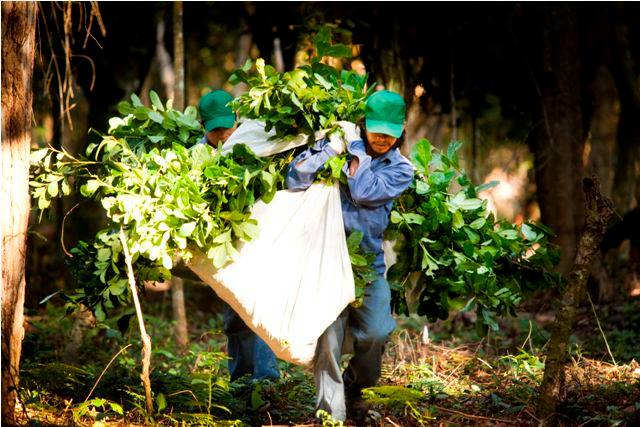 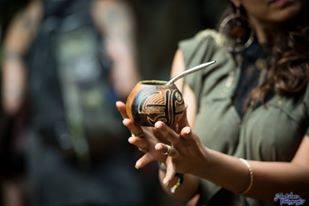 Beyond the extensive health benefits, drinking Yerba Mate is at the same time providing well-being to the Earth.

You see, I like to support companies that grow organic, shade grown yerba mate. This practice preserves the nutrients and quality, while simultaneously working to restore the rainforest. And I love what Guayaki does with their ‘Market Driven Restoration’ business model where they plant trees to grow the mate under.

So the more mate we drink, the more trees that get planted. Their mission is to steward and restore 200,000 acres of South American Atlantic Rainforest and create over 1,000 living wage jobs by 2020. Thus, drinking shade-grown yerba mate good for you and our world. 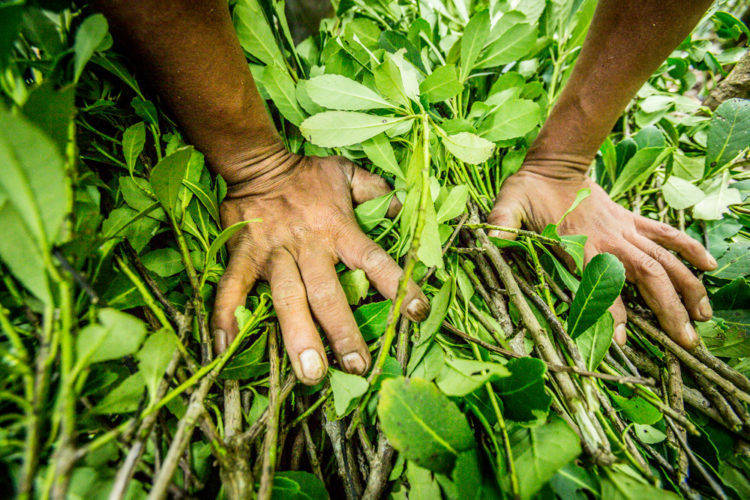 Remember: The alkaloids facilitate vasodilation which makes yerba mate a catalyst to enhance the healing powers of nutrients in medicinal herbs. Try brewing mate with other herbs, superfoods and tea’s. As mentioned, my personal favorites are: chaga mushroom and reishi mushroom. 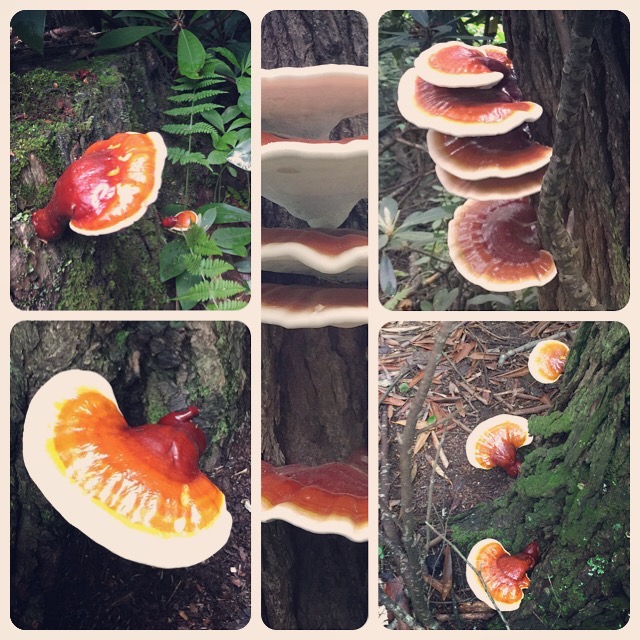