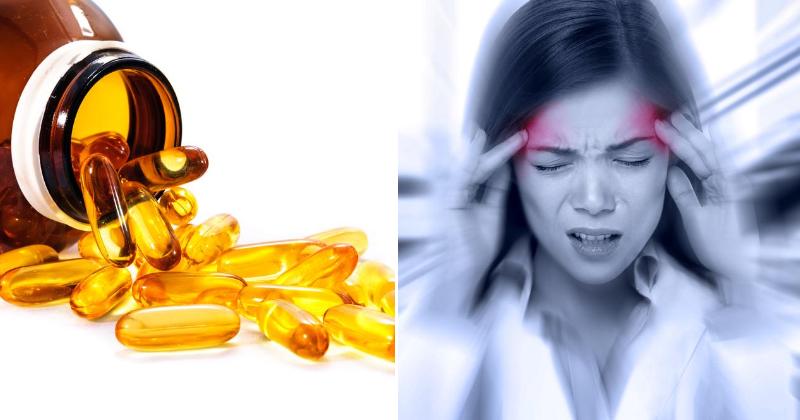 If you suffer from migraines, you know how extremely debilitating they can be. Migraines cause severe recurring and intense throbbing pain, combined with visual disturbances, nausea, vomiting, dizziness, extreme sensitivity to light, sound, touch and smell, and tingling or numbness in the face. You get the point. But what does a vitamin deficiency have to do with all that?

First, it helps to understand what could possibly trigger a migraine. Genetics and environmental factors are believed to play a role in causing migraines. A number of things can trigger a migraine attack, including:

Did you notice a pattern in the list above? Many of those factors translate into lifestyle choices and habits. So many things can trigger a migraine. And if you make poor food choices, then you’re much less likely to have the nutrients your brain and body need. Fortunately, vitamin deficiency is one migraine trigger with some recent research.

In a study that involved 52 people diagnosed with migraines, the participants were randomly assigned to receive either vitamin supplements or a placebo for six months. The study concluded that Vitamin B6, Vitamin B12 and folic acid supplements produced a two-fold reduction in migraines over the six-month period. Previous studies have also found that Vitamin B2 (riboflavin) can help to prevent migraine attacks.

How Does It Work?

Deficiencies of folic acid and Vitamin B12 can cause pernicious anemia. If this condition becomes severe enough, it can trigger migraines, in addition to fatigue, memory loss and irritability. Furthermore, researchers also believe that certain gene mutations lead to higher levels of homocysteine production. This, in turn, can make the body more susceptible to migraine attacks. They have found that Vitamins B6 and B12 work by reducing homocysteine levels.

Simply put, if you’re suffering from migraines, do your best to avoid triggers. Also, make sure you are getting plenty of these important nutrients in your diet to help prevent migraine attacks:

Check out the video below to learn about natural foods that contain Vitamin B: