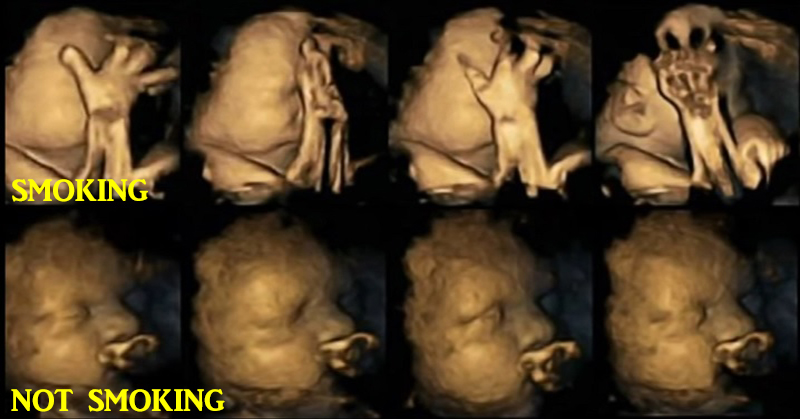 Ultrasound Pictures Reveal What Happens When Mom Smokes While Pregnant

The same medical technology that has provided the latest souvenir trend of high resolution baby photos for expectant parents has provided new answers to how smoking while pregnant affects unborn fetuses. Researchers used high-resolution 4D ultrasound scans of fetuses and found distinctive differences in the rates of movement of those whose mothers smoked.

The study by researchers from Durham and Lancaster Universities in England was published in the journal Acta Paediatrica. It describes how the revolutionary 4D ultrasound technology helps answer questions on fetal subtle movements that previous methodologies were inadequate to address. 20 pregnant women participated in the study over a three-month period; four were smokers who averaged about 14 cigarettes a day, and 16 were non-smokers. Each woman was scanned four times within the study period.

By assessing the rates of movement captured by these high-resolution images and videos the researchers found differences in the rates of mouth movements. It also measured the amount of times the fetuses hands touched their faces, a fetal subtle movement called self-touch. Fetuses of smoking mothers showed significantly higher rates of mouth movements compared to fetuses of nonsmoking mothers. Stress and depression also affect fetal movements and so the analysis collected data on maternal stress and depression of each mother who participated in the study.

Known effects of smoking while pregnant include: 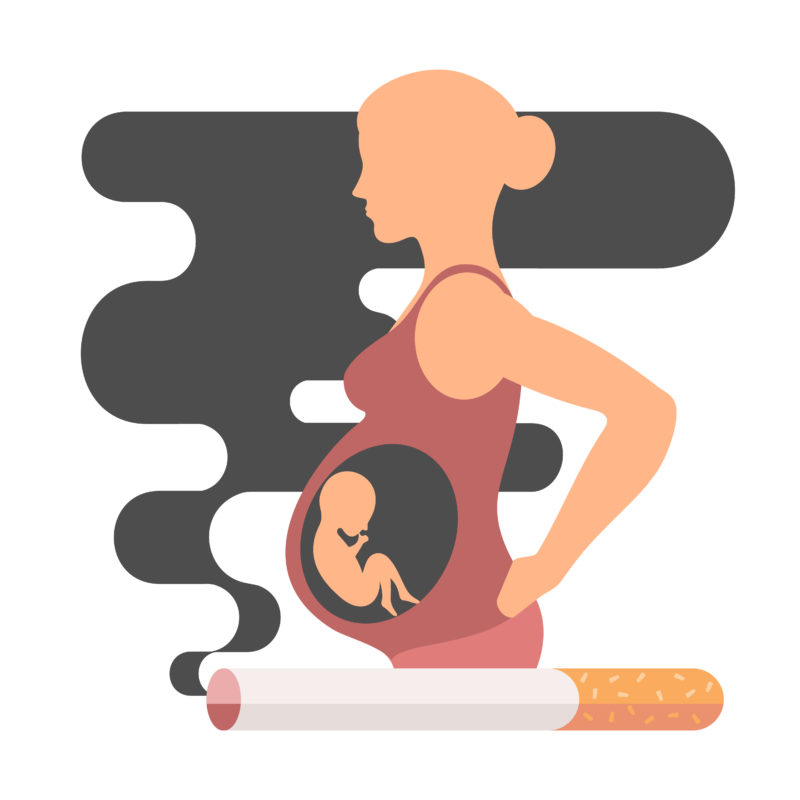 Effects of Stress and Depression on Fetal Movement

The study also had to account for the mother’s stress levels and depression because stress has also been found to influence neurobehavioral development in fetuses. The researchers explain in the article that one study of maternal stress and upper limb movements of fetuses found that elevated stress resulted in jerkier arm movements. High levels of stress may be a risk factor for developmental disorders as stress alters the biochemical equilibrium in the uterus. Stress is also a leading reason why pregnant women smoke in the first place.

To make sure the researchers had the data to assess the effects of smoking as well as the effects from stress and depression, the mothers in the study completed the widely used Perceived Stress Scale questionnaire and Hospital Anxiety and Depression Scale at each scan session. After coding the scans for the 4,528 mouth movement events and the 1,114 facial touch events recorded, the researchers used statistical analyses to look deeper into effects of smoking, fetal age and sex, and age of the mothers. The fetuses whose mothers smoked showed a much higher rate of movements. This suggests that central nervous systems develop differently depending on whether the mothers smoked or not during pregnancy.

This methodology is a first of its kind and was largely a proof-of-concept study. A larger study with a higher sample size would be needed to confirm the results and investigate specific effects, including the interaction of maternal stress and smoking.

Since the study was published, the lead author has published three papers and edited a book. The larger study has not yet begun. In an email communication Dr. Nadja Reissland stated, “Given that I have not been able to secure funding I have not been able to look at the effects of smoking on fetal development in more detail”. She writes, “However I am very keen on pursuing this research and I have support from collaborators.”

Watch this video to see the 4D scans that reveal what smoking does to an unborn baby.