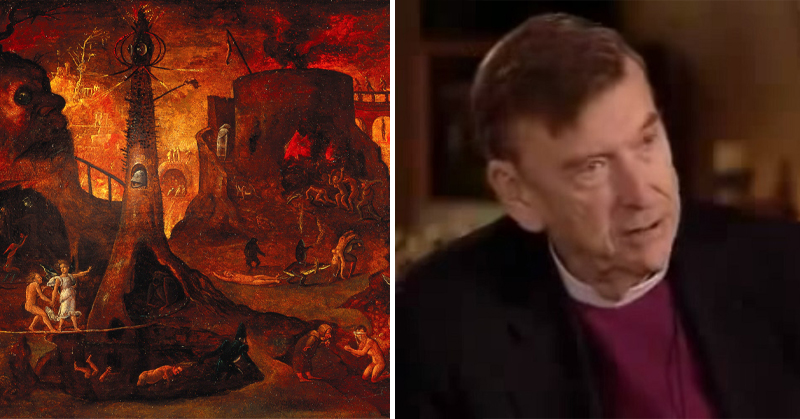 The world’s major religions are incredibly innovative when it comes to getting their messages across. Many of these messages revolve around telling people what they should and shouldn’t do.

They operate quite similarly to corporations in the sense that they dangle some sort of reward in front of the masses, a promise for all those who conform.

Religions don’t just sell a sense of community and spiritual guidance. They sell the promise of fulfillment, spiritual superiority and – arguably, most of all – eternal life.

And that last part – eternal life – is where religions prove themselves to be just (as if not more) sinister than corporations.

Companies keep their promises to the present life – something we can see, touch and experience. Religious groups, on the other hand, put much of their emphasis on what happens at a time and place that no living human has had a readily verifiable experience with.

The most common example of this in America can be found in the Christian faith.

One of Christianity’s major selling points is that accepting Jesus Christ as Lord and Savior — all other deities and religious experiences be damned — is the only way to escape burning in Hell for all of eternity.

Retired Bishop Shelby Spong explained the need for such a concept quite well in a nationally televised interview.

“I don’t think Hell exists. I happen to believe in life after death, but I don’t think it’s got a thing to do with reward and punishment. Religion is always in the control business, and that’s something people don’t really understand. It’s in a guilt-producing control business. And if you have Heaven as a place where you’re rewarded for your goodness, and Hell is a place where you’re punished for your evil, then you sort of have control of the population. And so they create this fiery place which has quite literally scared the Hell out of a lot of people, throughout Christian history. And it’s part of a control tactic.”

“Every church I know claims that ‘we are the true church’ – that they have some ultimate authority, ‘We have the infallible Pope,’ ‘We have the Bible.’… The idea that the truth of God can be bound in any human system, by any human creed, by any human book, is almost beyond imagination for me.

God is not a Christian. God is not a Jew or a Muslim or a Hindi or Buddhist. All of those are human systems, which human beings have created to try to help us walk into the mystery of God. I honor my tradition. I walk through my tradition. But I don’t think my tradition defines God. It only points me to God.”

You can check out the full interview with Shelby Spong below.

What do you think of what Shelby has to say about religion? Do you agree? What does spirituality mean to you?